Intel’s Broadwell CPU which is the successor to the fourth generation Haswell has already been officially revealed, but there have been no concrete details as to when it will reach the market. Well, it looks like HP has a couple of tablets based on the new Intel architecture in the pipeline and their launch could be just around the corner.

Liliputing is reporting based on information provided by Mobilegeeks.de, that the HP Envy 13 x2 and Envy 15 x2 tablets were recently spotted at a retailer online carrying the Intel Core 5Y10 M Broadwell processor inside. Both devices are said to run on the Windows 8.1 OS and offer keyboard docks as well as stylus support. 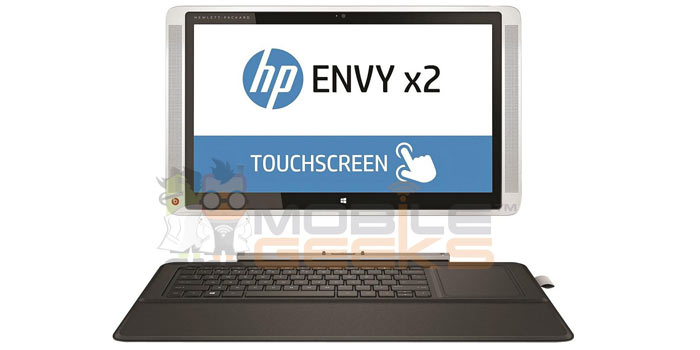 The Envy 13 x2 is a 13.3-inch slab, while the 15 x2 carries a 15.6-inch display. Full HD visuals will be available on both models and apart from the screen size, the majority of features will be the same. Each device comes with either a 128GB SSD or 500GB of HDD storage and they have 4GB of RAM. As is evident from the leaked images, they will also carry dual front-facing speakers with Beats Audio branding.

The upcoming HP tablets will be high-performance ones like Microsoft’s Surface Pro series and they’ll apparently have fan-less designs considering that the 14nm Broadwell chips will be more power efficient and generate lesser heat. 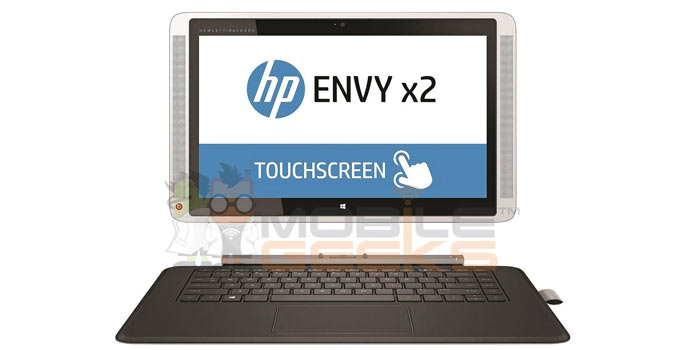 The HP Envy 13 x2 and Envy 15 x2 tablets will not come cheap and they’re expected to retail for over €829. You can expect to see them go official in a couple of days during the IFA 2014.