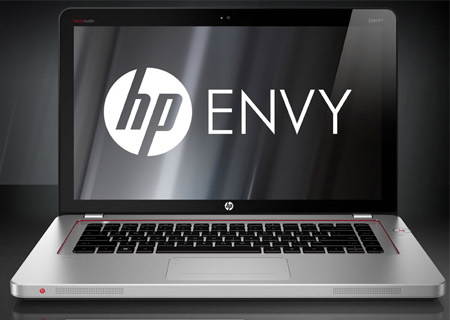 The latest entrants into the company’s ‘thin and light’ portfolio are the newly unwrapped HP Envy Ultrabook, Sleekbooks and Spectre XT Ultrabook. These laptops feature the Beats Audio enhancement, dual speakers and a subwoofer system for improved audio experiences.

Starting off with the Envy Ultrabook, it comes in two variants, one with a 14-inch display and the other housing a 15.6-inch screen. Along with the latest generation of Intel Core processors, the notebook is capable of delivering approximately 8 to 9 hours of battery life on a single charge. Fitted within the device is an mSATA SSD that’s accompanied by the Rapid Start, Identity Protection, Smart Response and Smart Connect technologies from Intel. Similar to the aforementioned notebook, both Sleekbooks will be available in 14-inch and 15.6-inch display options. They incorporate the latest AMD APUs that should provide around 8 to 9 hours of activity, and discrete-class graphics from the AMD Radeon lineup.

“Building on the success of the HP Folio13 and HP ENVY14 Spectre, we are now offering the most comprehensive Ultrabook portfolio in the industry,” states James Mouton, senior vice president and general manager, Personal Computer Global Business Unit, HP. “Our expanded portfolio of HP Ultrabook systems and HP Sleekbooks for both consumers and businesses delivers uncompromised performance, quality and entertainment experiences within distinctive designs.” 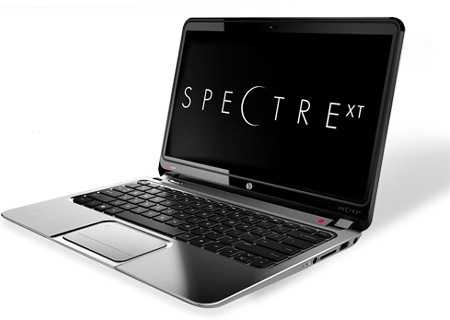 The Spectre XT is aimed towards business and professional use. To do so, it embeds Intel’s Ivy Bridge processor along with a host of features including full versions of Adobe Photoshop Elements 10 and Adobe Premiere Elements 10. For enhanced security, HP has thrown in various services such as a year’s subscription of Absolute Data Protect, 2 years of Norton Internet Security and Intel Identity Protection. There’s also an embedded TPM security chip for added security measures.