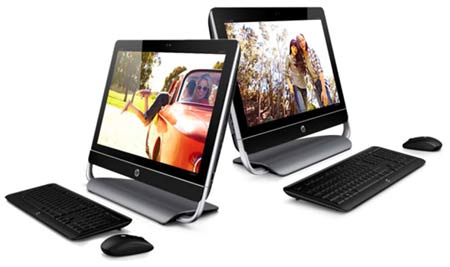 The HP Envy 23 TouchSmart, Envy 20 TouchSmart, SpectreOne and Pavilion 20 systems have been added to the company’s range of all-in-one desktop PCs. And like most other computer systems unveiled recently, these devices will also be compatible with the latest Windows 8 platform.

Both the aforementioned Envy AIOs are deployed with the TouchSmart technology and boast of 10-point multi-touch displays. While the Envy 23 has been fitted with a 23-inch screen, the Envy 20 flaunts a display that spans 20 inches. Powered by the latest generation Intel processors, they can hold an SSD of up to 3TB and even extend support to ExpressCache drive. These systems feature TrueVision HD webcams and are loaded with Beats Audio, HP Connected Photo, HP Connected Backup, HP Connected Music and more. 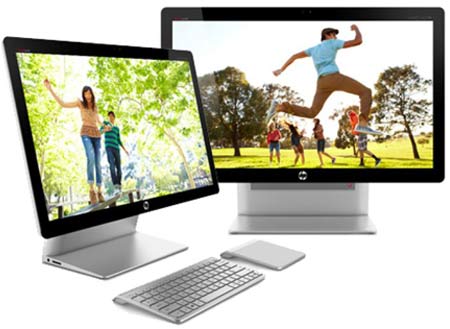 “The clean look of an all-in-one PC and the ease of one-cord set-up are key reasons customers turn to HP. The SpectreONE design is art as well as a powerful entertainment hub. Across our rich line of all-in-ones, we continue to drive value and differentiation that have earned us sales of more than 5 million all-in-ones,” quoted James Mouton, senior vice president and general manager, Personal Computer Global Business Unit, HP.

The SpectreOne with a 23.6-inch flush-glass HD display, measures about 11.5mm in thickness. It is accompanied by a wireless trackpad instead of a mouse and packs in an Intel processor along with the Nvidia GPU. Moreover, this NFC-enabled PC can be integrated with optional ExpressCache as well as an SSD. The Dr. Dre-certified desktop system is even embedded with 4 USB ports, a headphone jack and an HDMI output. The HP Pavilion 20 is a non-touch device that has been loaded with HP Connected Remote, Connected Photo and Connected Music amongst others. 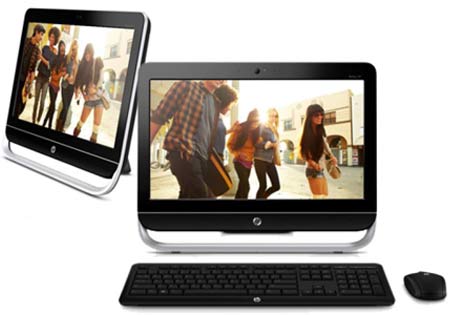 The HP Envy 20 TouchSmart, 23 TouchSmart and Pavilion 20 AIOs prices start at $799, $999 and $449, respectively. They are slated to be made available in October. The SpectreOne will be released in the US this November for a starting price of $1,229.