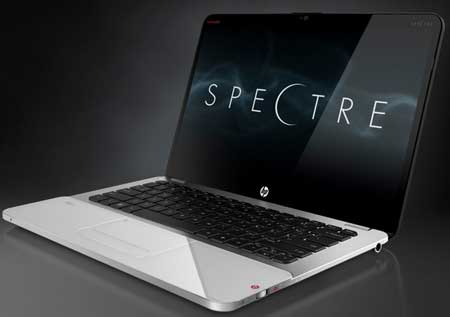 When the newly unveiled HP Envy 14 Spectre was being named, we’re sure the guys over at Hewlett-Packard didn’t intend to mean it’s the slimmest Ultrabook in town, thin enough to escape our gaze. Besides the ‘thrilling’ moniker, the portable PC brings in a lightweight and sleek design that is complete with a 14-inch HP Radiance Display embedded in a form factor typical of a 13-inch laptop.

Powered by the latest Intel Core processor, the device tips the scale at less than 4 pounds and boasts of up to 256GB of storage capacity. Audiophiles may approve of the speakers integrating Beats Audio technology. Furthermore, the HP Envy 14 Spectre sports an aluminum analog volume dial which apparently works seamlessly with Beats Audio Manager, allowing music lovers to control sound levels easily. With the built-in HP Wireless Audio, users can stream music to a maximum of four external devices or any KleerNet compatible gadget.

“Sleek, midnight black glass on the outside and stark contrast silver glass on the inside make Spectre extraordinary, defying conventional notebook design,” states Eric Keshin, senior vice president, Strategy and Marketing, Personal Systems Group, HP. “We chose the name for our first Envy Ultrabook to evoke mystery, and we packed it with the best in entertainment technology to satisfy those who expect the unexpected.” 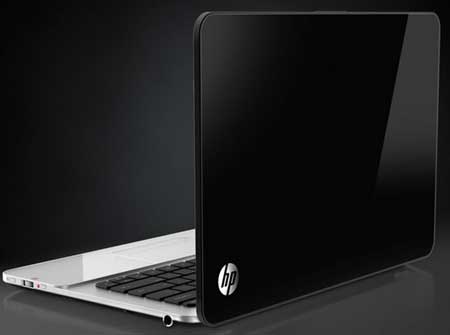 Potential users concerned about the battery life should know that the system can run for roughly 9 hours on a single charge. Apart from the scratch resistant display, the portable PC proffers a palmrest and the HP ImagePad for easy utility. Plus, with the presence of an mSATA SSD and Intel Rapid Start Technology, the laptop can boot up and resume at a noticeably quick speed. Connectivity is offered by Gigabit Ethernet, HDMI, USB 3.0 and mDisplayPort terminals integrated into the chassis. The notebook comes pre-loaded with software such as Adobe Photoshop and Premiere Elements amongst others.

The HP Envy 14 Spectre notebook is said to be arriving in the U.S. on February 8, attaching a starting price of $1,399.99 for prospective users out there.