HP India has launched a brand new tablet for the budget-minded, the 7 VoiceTab, which has gone on sale through the company’s online store at Rs 10990. As the name suggests, the device offers voice calling capabilities and a 7-inch display (actually 6.95 inches to be exact).

The HP 7 VoiceTab is not to be mistaken for the Slate 7 VoiceTab. Both devices are very much different and the latter is slightly more beefy and even costlier than the former. We certainly wouldn’t blame you if you got both mixed up, as clearly, HP really needs to improve is naming convention. 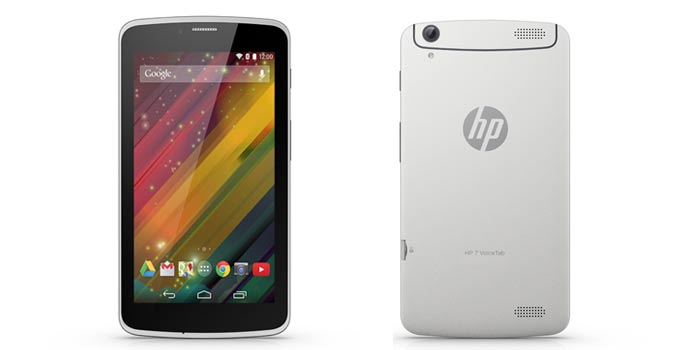 The latest release is an entry-level one and the only tablet in the series to provide Android 4.4 KitKat out of the box. Design-wise, the device is quite attractive and it comes in a single color option of white. The display used here is a TN panel with WSVGA 1024 x 600 pixel visuals. We wouldn’t expect great viewing angles with this screen.

A 1.3GHz quad core MediaTek processor based on the Cortex A7 does the heavy lifting, while memory is delivered through 1GB RAM and 8GB storage. You’ll also find a microSD card slot and USB OTG support onboard. The tablet doesn’t offer dual SIM slots like many others in the same price range, but it does have 3G connectivity. The battery life is also pretty good with an estimate of 10 hours on a single charge.

Head over to the company’s website to purchase the HP 7 VoiceTab at the aforementioned price.