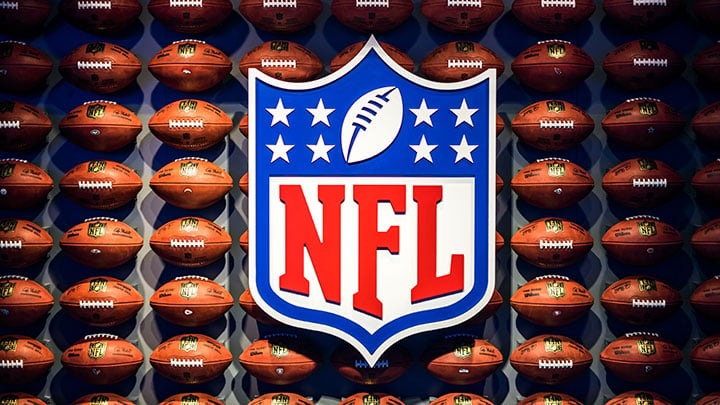 We are less than three months away before the kickoff of the 2019 season, and we cannot wait! Tailgates, good eats on the grill with a cooler of cool ones on the side, and some good old American football. It’s going to be another great year for football fans. Football fans in America anyway.

American football has always been the most popular in America (Shocking I know), but the sport has acquired a significant international fan base over the years, most notably, in the UK. The people across the pond have rugby, which has its merits, but it is still not the nitty and gritty American football that people yearn to see more of.

The NFL took notice, which is why back in 2007, the league implemented the NFL International Games. Since the Brits seem to have a very keen interest in the American sport, the inaugural International game took place in London at Wembley Stadium, and it’s been that way ever since. The NFL even gave the UK their very own London Games; a series of games that take place in London in the first few months of the season. 4 games are slated to take place throughout October and November for the 2019 season.

But while being able to see several American football games live and up close is all well and good, that doesn’t change the fact that you’re still going to miss out on the vast majority of the games in the season. You’re going to miss the playoffs, the Super Bowl. In other words, the best part of any given season.

I doubt the playoffs or Super Bowl will take place in the UK anytime soon, or ever, but that doesn’t mean you can’t soak up the entire NFL season from the comfort of your home. How, you might ask? Through the usage of every Internet user’s old reliable: a Virtual Private Network.

Virtual Private Networks have skyrocketed in value over the past couple of years. VPNs possess undeniable utility when it comes to the daily activities of the average Internet user. One of the biggest advantages of using a VPN is it enables you to gain access to pretty much any region-locked content in the world. And for people in the UK, that means the NFL!

You’ve got a couple of months to prepare for the 2019 NFL season, but don’t worry, we will have you ready to go by the time you finish reading this article. Let’s get down to business! Here’s our list for best UK VPN services!

Best VPN Services for the UK

There are few things worse to a football player than missing a game-changing play due to lag. For that reason, you will want to make sure that the VPN service you decide to use has top connection speeds. We highly recommend that you not go the cheap route with a free, or low-cost, low-efficiency VPN. If you want to watch the NFL in the UK, you’re going to have to spend some money anyway. You might as well go all out to give yourself the best viewing experience possible.

Plus, if you decide to have some mates over to watch the game with you, and your shoddy VPN cuts out or suffers from buffering issues, you might end up being the one tackled. Don’t dangle a fish in front of a bear and then yank it away unless you’re looking to get mauled.

Anyway, here are our recommendations for any UK citizen looking to get themselves a VPN:

ExpressVPN and NordVPN sit at the top of the food chain, with the rest of the pack not being too far behind. PrivateVPN is the most balanced with top performance and low cost. Each VPN services comes with either a free trial and or money-back guarantees, so check them out and see which one works best for you.

Now that you’ve chosen your VPN, follow these steps to get your NFL fix:

There are two NFL Games Passes; a U.S NFL Game Pass, and an International Game Pass. Which one you choose to get depends on your viewing preference. You might think that the U.S. package would be best for an American sport, but it isn’t necessarily.

If you want to be able to stream NFL regular season or postseason games live as they happen, then you will want to get the International Game Pass. The only games that stream live with the U.S. NFL Game Pass, is preseason games. And who really cares about those?

However, if we are being honest, everyone should purchase the International Game Pass. Here’s why.

The U.S. NFL Game Pass is not immune to suffering from blackouts. If one of these occur when your favorite team is on, that can get annoying. That’s where the International Game Pass comes in.

If you purchase the International Game Pass, then you will want to avoid the UK and Ireland versions since they can also suffer from blackouts. Every other version, however, does not.

Some versions of the International Game Pass are as cheap as the U.S. version

Despite not suffering from blackouts, the International Game Pass is significantly more expensive than the U.S. NFL Game Pass in some countries. The key word here, being some.

Stir clear of Europe and South America, and take a virtual trip to a number of countries in Asia, and you’ll be able to purchase the International Game Pass for roughly the same price as the U.S. NFL game pass. With no blackouts to speak of. Sound good? We thought it did.