How to get Google Plus invite: By hook or by crook 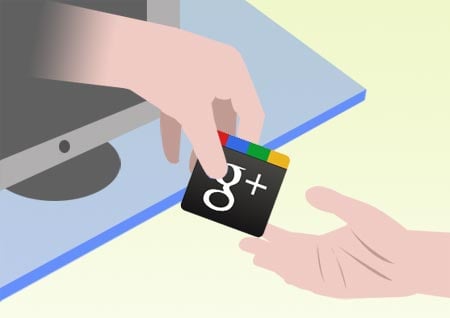 A post titled How To Get Google Plus invite, like this one here, may not actually tell you how to go about doing just this. That’s because ever since Google announced their ‘social project’ would be put through a limited field trial, everyone naturally wanted to get onto it. The requests may sound aggressively loud or quietly desperate, but there’s no doubt that no one wants to be left out of the Google+ project. Currently, the tried and tested path to getting attention is saying ‘Does anyone need an invite?’ out loud. Hark back to the time Gmail was launched as an invite-only beta release. And the situation’s very unlike what happened with Buzz which almost forced itself onto you, reminding you of the flyers vehemently distributed by that shady guy hanging around your regular subway entrance. You get the point.

So if you’re among one of those folks hunting down ways to get Google plus invites, we’ve jotted down a few techniques people have been seen employing to lay hands on one. Recall this first – When the social networking suite initially broke out, the company was forced to shut the gates a few hours later due to insane demand for invites. After spying out the various hacks and workarounds enterprising minds got busy with in order to help aboard more enthusiasts, the Mountain View guys decided to allow each member to send out 150 of these golden tickets. This means it shouldn’t be tough for most fans to sign up for the service, right? Wrong. Apparently, a lot of people are still trying hard to cadge a pass to Google’s spin on social networking. And if you’re one of them, don’t lose heart. Just pick one from these methods we’ve mentioned for getting a Google Plus invite and have a go at it. 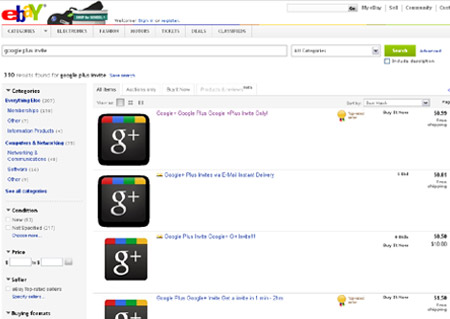 Ask Google. Yes, you can always take a stab at politely asking Google for one. But mind you, those fawning and beseeching lines about wanting ‘to try out a service that will undoubtedly have a chance at beating Facebook to its game’ will not do any good. Google only wants your first name and e-mail address and they’ll keep you posted when the doors are opened for real. Not averse to paying out money for it? You could even get a Google Plus invite from eBay. Just look up the site for those haloed passes to the G club and begin bidding for one at your own risk. The prices start at one cent and some are being offered with a ‘free surprise gift’ and ‘delivery via e-mail on the same day’.

Noticed that a huge number of websites and blogs have been asking people to ‘Like’ posts, subscribe to newsfeeds, ‘tweet’ content up on the concerned web portals or basically help publicize them in exchange for a Google plus invite? No? You haven’t been looking in the right places then and invitations served up like this are apparently snapped up like hot cakes. None of the aforesaid methods worked out for you? We still have one you can think of as an alternate resort. But it’ll require you to brace yourself and do something that may not appear so appealing if you only picture the smaller scheme of things. The reasons as to why you’re still not a part of Google Plus may possibly number at just a couple. For one, maybe you don’t have enough friends. Or maybe you’ve got enough of them miffed at you to ensure the lack of a single invite. 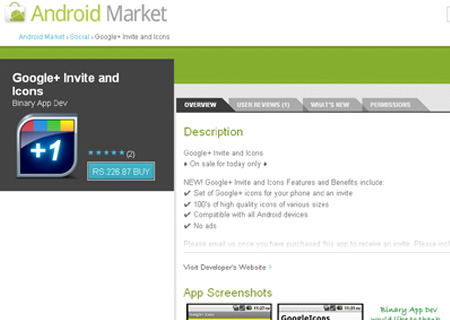 Make new friends online or offline. Patch up with those you’ve offended. Tell your affluent uncle he may write you off his will, but not his Google plus invites list. Explain to your arch rival that the real world would be a much nicer place for others within your vicinity if you’d restrict your quarrels to the virtual spaces. But you’re obviously going to need an invite for that. Facebook’s already tired of your tiffs. Begging friends, enemies, or even relatives if it comes to the worst, is clearly not a bad way to get invites. If you’ve been digging for the official Google+ apps in the Android Market or iTunes, you may have come across something like the Google Plus Invite and Icons from Binary App Dev we stumbled into in the latter virtual marketplace. So you can choose to drop the change for a paid application bundling in an invite as well as set of Google+ icons for the phone if you ever care to download the one we’re talking about.

And for those of you who do have a Google Plus invite to give away – Who’s going to bid for an invite on eBay unless you stop throwing away yours with such reckless abandon?