It’s been one of the mysteries of the year, with neither Verizon nor Sony having made clear remarks on whether or not the Xperia Z2 will be landing in the carrier’s repositories. Slated to sell only as an unlocked device, the smartphone has been officially mentioned as not having any plans for carrier-branded variants.

But past leaks and the one that’s just out have argued otherwise. The most prominent among them was an image of an Xperia Z2 bearing a Verizon logo which was posted on Google+ by none other than Sony itself before being promptly taken down. There was another instance of the same handset having been seen on the company’s Korean website as well. 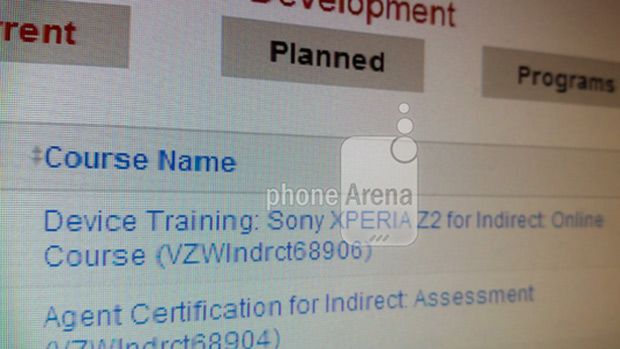 And now, granting further credence to the possibility, an image hinting that Verizon is currently training its employees on handling the Sony Xperia Z2 has emerged via Phone Arena. This means we could see a launch very soon, but it’s still quite a delay considering the handset was unveiled back in February. Its tablet version can be purchased in the US right now with its advanced attributes.

Here’s a brief look at the specs of the Sony Xperia Z2:

The Sony Xperia Z2 has evaded the stateside territory for far too long now, and doubts are being raised now regarding how it will be received since it’s so late to the party. We’ll have more on it when additional details are out.