Hop-on unveils Disposable Phone in the US 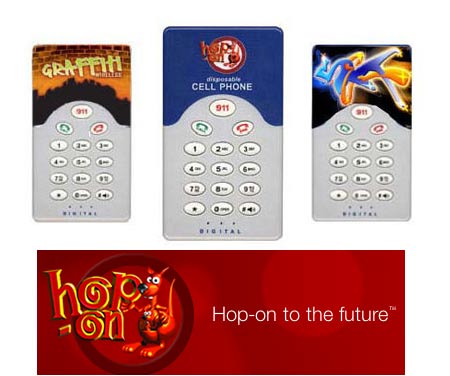 Hop-on has announced the shipment of its low end GSM mobile phone which comes with no LCD screen. Surprised!? Well, these phones are disposable that means users can use and throw the phone if they do not want to use it.

This LCD-less screen phone features minimal functions such as receiving and making calls.

Michaels President of Hop-on stated, “This is one of our biggest opportunities to actually have Hop-on become a household name in the US and throughout Europe. No one sells a new $20 GSM cell phone! We are also targeting the Middle East, Asia and India. Bottom line, most people just want to make a phone call. We will sell millions of these phones!”

The phone will be available in the US through AT&T and T-Mobile carriers. Users who want to purchase will have to spend only $20 USD for it.