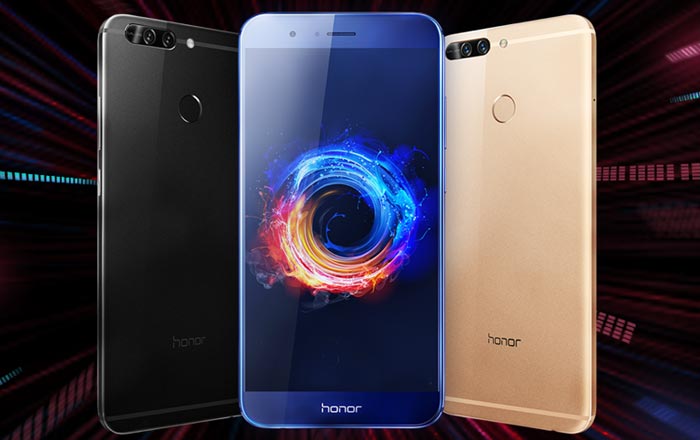 The Honor 8 Pro has officially been launched in India, a few weeks after Huawei initially announced the handset in the country. The brand has brought an all-new 128GB variant of the phone to the nation, double the 64GB of storage offered by the Chinese and European models.

Huawei’s slapped the Honor 8 Pro with a Rs 29999 price tag, pitting it directly against phones like the OnePlus 5. The latter also offers 6GB of RAM and a pair of dual cameras on its back. It’s a bit more expensive at Rs 32999 for its entry-level 6GB/64GB variant.

Amazon India has the exclusive rights to selling the Honor 8 Pro in India. The handset will go up for sale on July 10 at 6 pm only for Prime members at first, followed by an open sale starting from 12 am on July 13.

Prime users can get up to 15% cashback on the Huawei offering if they have an HDFC Bank debit or credit card handy during the Prime Day sale which is kicking off on July 10. All buyers are also eligible to get 45GB of Vodafone data for free spread over the course of 5 months.

Other than the Honor 8 Pro, Huawei also launched the Honor Band 3 in India. It’s also an Amazon-exclusive, but cost and availability details haven’t gotten announced yet.