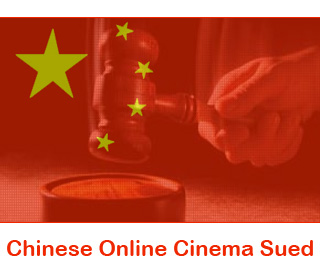 Jeboo.com has been blamed of broadcasting several flicks such as “Pirates of the Caribbean: The Curse of the Black Pearl,” “X-Men 2” and “Night at the Museum” to Internet cafe customers, without seeking permission. This act is a potential violation of the movie companies’ intellectual property rights.

Now these five major movie companies have asked that Jeboo.com should discontinue broadcasting the movies, make a formal apology and recompense them by as much as 3.2 million yuan (US$432,024).

The case, which is slated to be heard from next Thursday, is being held at Shanghai No 2 Intermediate People’s Court.

Whilst speaking to China Daily, Pan Sishen, a spokesman for the court mentioned that the six cases may be heard jointly, since the defendant and legal facts are all the same.

On the other hand, the Tongxin shop of Eastday Bar installed software, allowed users to choose from an array of 13 Hollywood movies. The five movie studios have pointed fingers at the Beijing-based online film and television content provider Jeboo.com accusing it of helping the Internet cafe chain.

Xie Jiangping, assistant to the president of Jeboo.com, issued a statement to China Daily, claiming to be “deeply surprised and confused” by the lawsuit.

The statement stated: “Our company has always operated abiding by copyright regulations, and we will always do so. Each movie or TV play has formal copyright agreements and authorization. We don’t intend to guess the real intention of these five American movie companies, but we think probably they’ve found the wrong object”.

Apparently Jeboo.com is China’s biggest movie download provider, having a database of as much as 30,000 movies and TV series.