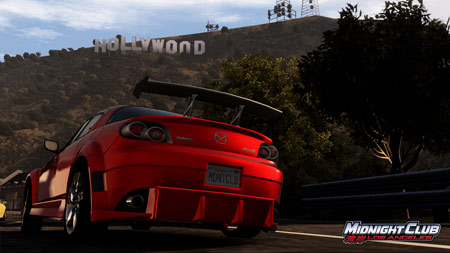 Midnight Club 4: Los Angeles players get geared up for some posh locales. What seem to be the “next virtual playgrounds” are the Hollywood’s Boulevard and The Renaissance Hollywood Hotel.

The video game that will be releasing for PS3 and XBox 360 in September 2008 will allow the gamers to street-race across the city of Los Angeles and its most popular landmarks that include the Renaissance Hollywood Hotel.

“We’re very excited to be a part of such a fun digital world like Midnight Club,” says Chris Orr, Director of Sales & Marketing at the Hollywood luxury hotel. “I’m really looking forward to seeing our beautiful hotel in HD as I zip by in my digital 1969 Ford Mustang 302 Boss.” The digital version of Renaissance Hollywood Hotel and Hollywood Boulevard will be seen with their typical canopies and signage; the game will also feature day and night cycles and traffic patterns, historic streets like the Sunset Strip. The game claims to offer Next-Gen graphics for some awesome gaming experience.

The Midnight Club 4: LA game is not just about the featured driving course but also some really hot cars for major car manufacturers and premier soundtrack. The previous titles from Rockstar Games have already been bestsellers with over nine million units being sold. Seems like the latest one from the company, rated as Teen, is bound to blow off player’s minds.