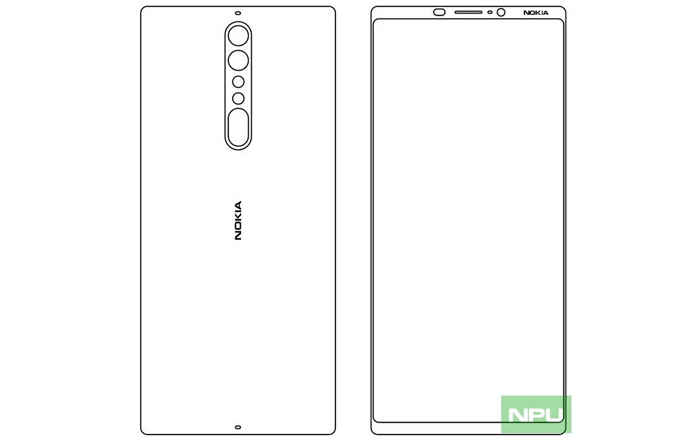 The Nokia 8 has come and gone, and now it’s time for rumor mills to find a new target. The Nokia 9 appears to have become the subject of a report out of Russia which claims that the brand’s prepping up a new phone with a screen that’s bigger than the currently reigning flagship.

The Nokia 9 has had an interesting history ever since its name started appearing in reports online. People initially mistook the Nokia 8 for the Nokia 9, but this was later cleared up. Now it seems HMD Global representatives told Russian publication 4Pda that there’s another smartphone in the works that boasts of a bigger display than the Nokia 8.

This mysterious new handset has apparently come about to meet the needs of all users. They didn’t specifically mention the phone by name, but the Nokia 9 seems to be the strongest candidate. Of course, the 5.5-inch Nokia 6 is already bigger than the 5.3-inch Nokia 8, but it doesn’t seem likely that the officials were talking about an existing device.

A previously leaked sketch of the Nokia 9 had hinted that the phone would ditch the Nokia 8’s thick bezel look for much skinnier borders all around. This will probably help it better compete against the likes of the LG G6 and Samsung Galaxy S8. However, eliminating the bezels will probably result in the fingerprint scanner moving to the back.

The rear surface will probably play host to a pair of dual cameras as well, perhaps the same 13MP + 13MP combination found on the Nokia 8. Other rumored specs for the Nokia 9 include IP68 certification, 128GB of ROM, and 6GB/8GB of RAM. It might be priced at around €749 (roughly Rs 56410).