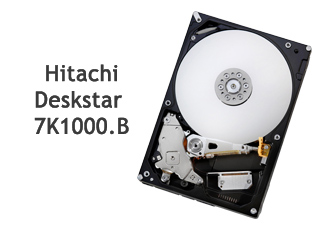 Hitachi has announced to release the Deskstar 7K1000.B and Deskstar E7K1000, second-generation 1 Terabyte hard drives. The key feature of the newly introduced Hitachi Deskstar drives is its energy efficiency. Hitachi claims that they are the most energy efficient drives amongst 1 TB storage range.

Thanks to its three-platter design that leads to better energy efficiency by improving power consumption up to 43 percent in the idle stage. Also the 7K1000.B and E7K1000 drives are protected from data loss and piracy through Bulk Data Encryption (BDE).

Hitachi plans to make the Deskstar 7K1000.B and Deskstar E7K1000 available in the market soon. However, the company has not revealed the availability date and the pricing details.