If the latest Galaxy Tab S or even the Nexus 7 is out of your budget, you might want to take a look at the Hisense Sero 8. This tablet has been launched in the US for just $129 and it offers a great deal of features which are worth the amount being asked.

The Hisense Sero 8 isn’t the cheapest Android tablet available on the market. HP’s 7 Plus slate sells for just $99.99, but has entry-level specs. Then there’s the E Fun Netbook 8 which retails for the same amount and offers performance similar to what you’d get from the 2012 Nexus 7. The tablet is question is no different. It also falls in the mid-range category and comes with Android 4.4 KitKat out of the box. 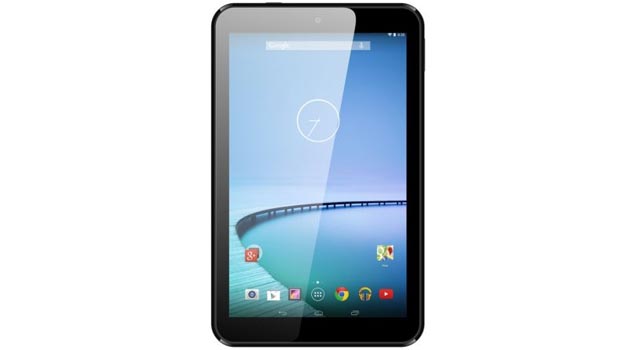 Android Authority notes that the tablet also has Google Play services integrated. Hardware-wise, this slate is no slouch. It features a 1.6GHz quad core Cortex A9 processor and 1GB of RAM. The 8-inch display offers visuals at 1280 x 800p resolution and there’s a VGA camera on the front, while a 2MP snapper is fitted on the rear. 16GB of internal flash memory is provided and there’s a microSD card slot as well. The slate comes with a 4000mAh battery that can deliver up to 7 hours of activity.

Also see: HTC Volantis is said to be the next Nexus tablet with 8.9-inch display

The Hisense Sero 8 may not be the best choice on the market, but it does present itself capable of delivering a solid Android experience. And at just $129, this device would do great for a first-time tablet user. The slate is up for purchase through Walmart.

Facebook
Twitter
Pinterest
Linkedin
ReddIt
Tumblr
Flip
Previous articleSamsung Galaxy Tab 4 7.0 makes a late entry in India priced at Rs 17825
Next articleTrade-in your MacBook Air and get up to $650 off on the Microsoft Surface Pro 3