As always Computex is teeming with more and more news tech enthusiasts can’t afford to ignore and this one talking about another Microsoft and HTC collaboration is of a similar nature. A VP of the former brand has talked about this partnership and has in the process alluded to the HTC W8 which is in the rumor mills at the moment.

‘New things are coming, so get excited’ is what Nick Parker, Microsoft’s VP of OEM partners said at Computex 2014 (via CNET) after commenting that the company will continue to have a ‘great relationship’ with HTC. Since a recent leak had given us some insight on the Windows Phone 8.1-equipped HTC W8 smartphone, fingers can easily be pointed towards it. 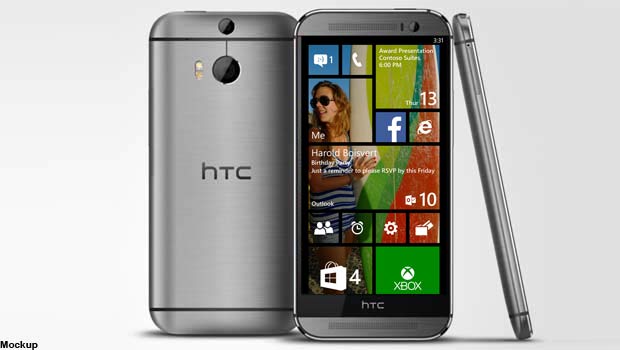 This device is apparently slated to be unveiled in the third quarter of this year. Owing to its name, some might think it to be a Windows version of the One M8 but that’s not the case apparently. It is said to be based on the upcoming A9 Android smartphone which features advanced specs and a mid-range price.

Those hoping to see the HTC W8 become a reality will be pleased to know that the Duo Camera setup as well as the BoomSound technology from the One M8 will indeed be making its way into the supposed handset. In the US, it will be exclusive to Verizon apparently.

Microsoft will be hoping to gain quite some ground owing to this new collaboration with HTC. After all, their previous joint effort the 8X had turned out to be a extremely decent smartphone.