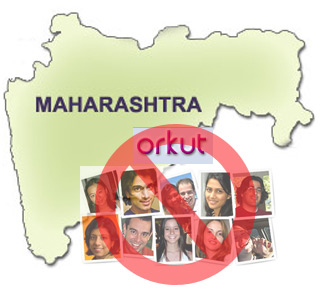 The student wing of political party Shiv Sena has ordered public internet centers in India to partly block access to internet social service network Orkut, and is also developing a software to keep a check on the abusive communities on Orkut.

According to Shiv Sena, several Indians have made Google-operated Orkut a platform to bad-mouth and abuse religious groups and disturb communal harmony, and also spread misinformation about India.

Abhijit Phanse, president of Bharatiya Vidyarthi Sena, the student group said, “Orkut is used by many destructive elements to spread canards about India, Hindus, our gods and cultural heritage.”

“We are gently telling Internet cafe owners that it is their responsibility to see that surfers do not use their facility to carry out such hate campaigns,” he said.

“Or else, we will have to do that job for them.”

The Shiv Sena group is part of a growing group of cultural vigilantes opposed to what they see as a growing imitation of the West. From St. Valentine Day celebrations to attacks on clubs and pubs and banning of inappropriate films, this group has voiced against it all.

Last week, numerous workers of the Hindu nationalist party smashed up some Internet centers, saying they were not stopping their customers from accessing Orkut groups involved in sending hate messages.

“We are not saying all of Orkut should be shut. We are just saying stop access to those groups that indulge in hate campaigns,” Phanse said.

Speaking about this, internet café owners stated that they had received a letter from the group that stated that if they failed to notice and stop people surfing Orkut to spread hate messages, their businesses would be attacked.

“The letter was pasted on our wall. But what can we do? It is up to the Internet service providers to block a site,” said a cyber cafe owner who preferred remaining anonymous.

The software, which should be ready in the next 2-2 months will basically have the ability to block any message containing certain words and phrases such as “I hate” or “I despise”

Phanse said that they were hoping to involve Orkut authorities in the discussions.

Undoutedly, Orkut is quite a rage in India. But at the same time, in the recent past there have been quite a few controversies surrounding the network and the country.