Hike Messenger is a popular IM app that has been around since 2012 and has already crossed 20 million downloads, as reported by the company. This cross-platform utility is moreover celebrating this milestone by launching two new interesting features for its users.

One among them is the Hidden Mode which allows you to classify your chats as private and keep them hidden from others by means of a password. Apparently, this idea was given to its developers by the app’s beta users, called Hike ninjas. 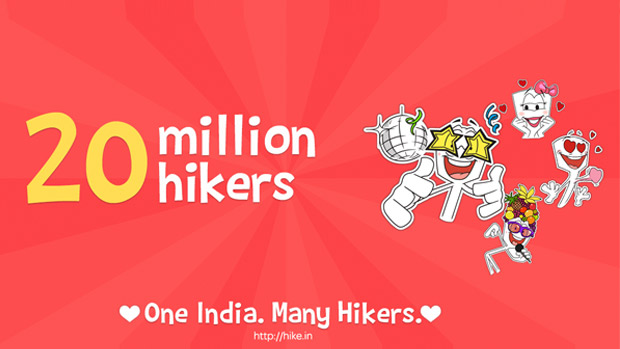 According to the developers, around 90 percent of the application’s users are from India and more than 80 percent fall under the age of 25. Kavin Bharti Mittal, who’s the head of product and strategy at Hike Messenger believes that the Hidden Mode trait will be particularly suited for India since it’s a country where ‘teenagers stay with their parents and families; where their need for privacy is constantly challenged.’

Another new addition to the application is called ‘Big File Transfer,’ and if the name hasn’t given anything away to you, it enables users to send files of up to 100MB to their contacts. All kinds of files, from Docs, PPTs, PDFs to MP3s can be sent using this feature. This attachment limit beats those of all other IM apps, and even email clients for that matter.

Hike Messenger is now available to be downloaded free of cost for Android, iOS, Blackberry, BB10, Windows Phone, S40, S60 operating systems as well as the Noxia X range. It’s a combination of downloads on all these platforms that has led it to breach the 20 million mark.