With just a couple of days left for HTC’s selfie-focused event to take place, we’ve got a good deal of information on what the company plans to unveil, the Desire Eye. Well, we now have a clear look at the phone’s design as well, as high resolution images of the handset have also found their way online.

The HTC Desire Eye will follow the same design approach as the 64-bit Desire 820, where it will come in multiple colors and offer a minimalistic design. The images posted below, courtesy of HTCFamily_RU, also show that there will be a ridiculously large camera on the front panel which will be of 13MP resolution, according to previous leaks. 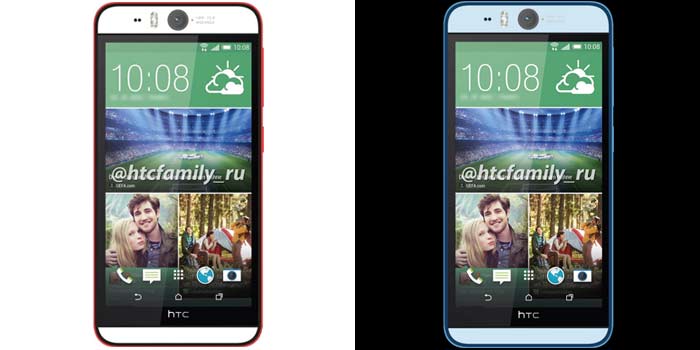 This puts it in the same segment as the Oppo N1, but we expect it to be priced a bit cheaper. The snapper is also accompanied by not one, but two LED flash lights. We suspect that the same 13MP sensor is also fitted on the rear surface, but there are chances of it granting better performance compared to the front-facing one.

Where performance is concerned, you can expect the Desire Eye to be a lot speedier than the current mid-range flagship and at par with the One M8. The device will reportedly be powered by a 2.3GHz quad core Snapdragon 801 chipset and carry a 5.2-inch FHD touchscreen. 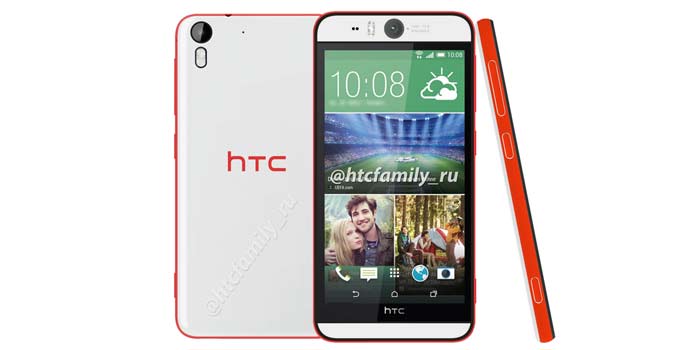 The HTC Desire Eye will go official in a couple of days along with the ReCamera which will compete with the GoPro action camera series.