There’s no such thing as one too many for some smartphone makers and we’re not talking about the endless number of indistinguishable Samsung handsets, but the growing amount of HTC Desire 820 models. Yet another version of the highly attractive device has been spotted making its way through certificating website TENNA in China.

The phone was seen carrying the model number HTC D820ws which clearly suggests that it’s part of the Desire 820 family and if the company goes ahead with officially launching this handset, there will be a total of 5 devices in the series. So far, all known models in the lineup come with 64-bit processor. 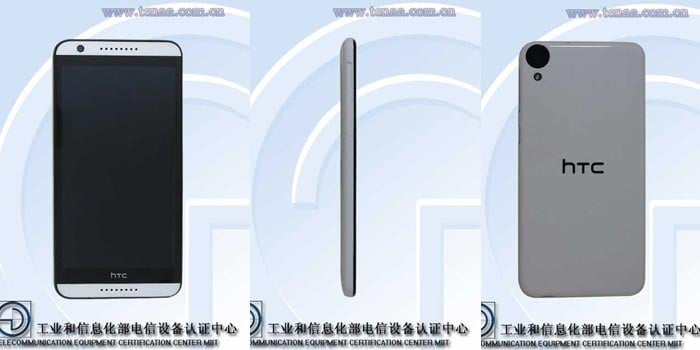 They comprise of the original 820 which is powered by an octa core Snapdragon 615 SOC, the 820q that features a quad core Snapdragon 410 chip, the 820 mini which is also powered by the S410 CPU and the 820s that features an octa core 64-bit MediaTek processor. What sets the D820ws apart from its siblings is that it might not carry a next-generation SOC.

GSMDome is reporting that the device might just come with the MediaTek MT6592 processor which is based on the 32-bit Cortex A7 in an octa core configuration. However, this piece of information hasn’t been confirmed by TENNA. What we can verify is that the no other features of the smartphone have been modified.

Here’s an overview of the HTC Desire 820ws’ specs:

We could be just days away from seeing the HTC Desire 820ws go official, so be sure to check back soon for an update.