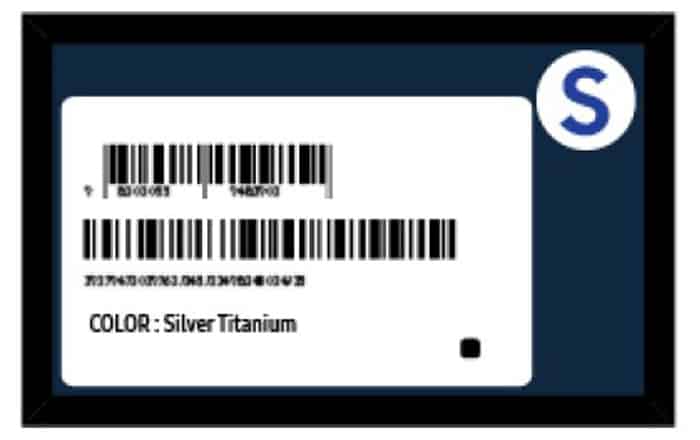 Samsung’s Galaxy Note 7 exploding battery fiasco has lead to deep repercussions for the brand, from the phone getting banned in flights to angry customers who put their trust in the company. It had decided to tackle the issue by announcing a recall of the device across the world, offering either a replacement or cash refund.

The recall process kicks off in Europe and Australia on September 19 and 21, respectively. Samsung has now issued a set of guidelines to check whether the new Galaxy Note 7 you get as a result of the program is safe from explosions or not. After all, there’s a chance some mix-up may occur and you might be handed over a fire-prone unit.

To make sure this doesn’t happen to you, all you have to do is check the label on the new Galaxy Note 7’s retail box. It should showcase a small black square in the bottom-right corner underneath the bar code and a round white sticker with the letter S tinted in blue.

If for some reason you receive the phone without a box or are unable to locate it, there’s an alternative method you can utilize. Samsung says that customers will be able to cross check the unique IMEI number on the back of the handset against an online database which it plans to open on September 13 in Australia.

Just in case you want to triple check the safety of the Galaxy Note 7 you get or are unable to carry out the above procedures, Samsung has also announced that you can call its customer care executives to verify if the phone will go up in flames or not.