Once again, we have something to show you regarding the rumored ultra-powerful Samsung Galaxy Tab S. This time around, you can view both the 8.4-inch and the 10.5-inch versions of the tablet through their press shots rather than some shady images.

This high-end tablet range prides itself on its incorporation of a Super AMOLED display bearing a 2K resolution. Sized at 8.4 inches and 10.5 inches, they apparently spew their visuals at a 2560 x 1600 pixel resolution. Expected to be priced even higher than the Tab Pro slates, these products are set to be unveiled on June 12. 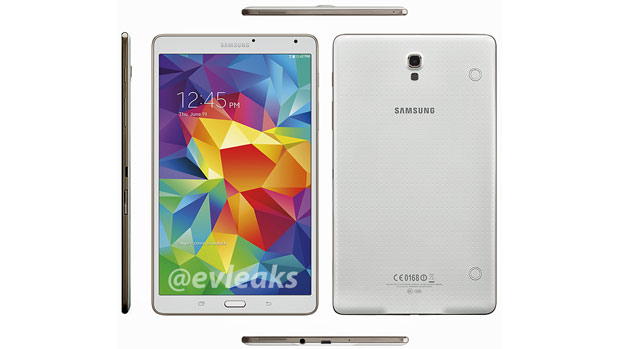 The Samsung Galaxy Tab S lineup will of course be powered by Android 4.4 KitKat. It will be LTE-capable and as can be seen in the images above and below, it will borrow design cues from the Galaxy S5, with a fingerprint sensor also forming part of its offerings.

Here’s a neat look at the specs of the Samsung Galaxy Tab S tablets: 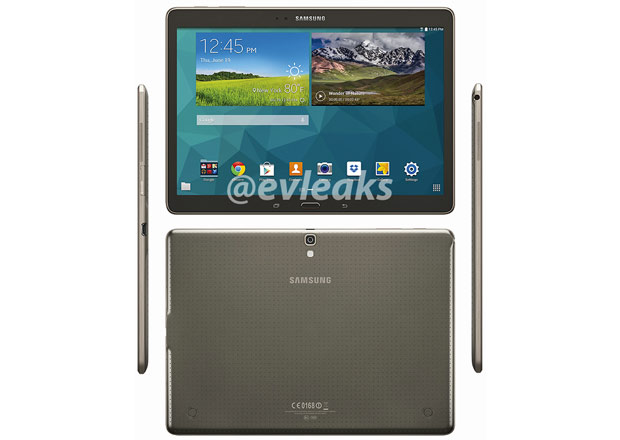 These new images have come courtesy EvLeaks (1) (2). Those dual dots appearing on their rear surfaces are apparently meant for some new kind of a smart cover that’s also slated to be unveiled along with them. And the overall dot texture on the rear surface also alludes to the company’s current flagship phone.

Like we said, June 12 is the date on which the Samsung Galaxy Tab S range is most likely to be unveiled. We’ll have more on it as soon as new details are made available.