There’s no doubt the Samsung Galaxy S6 and S6 Edge are two of the best smartphones of 2015, but they do have a few downsides to them. Upon their arrival, fans of their predecessors were extremely disappointed to learn that they do not possess microSD card slots for adding more storage over their 32GB, 64GB or 128GB modules.

Those who have bought either the Samsung Galaxy S6 or the S6 Edge and are feeling the space crunch right now have a great new option to solve their storage woes. We’re talking about the new Incipio Offgrid case which has just been released by its makers.

It’s basically designed to improve the battery lives of these Samsung smartphones, but it even ships with a microSD card slot of its own. This allows users to extract substantially more usage time from their handsets, while also grabbing additional storage of up to 128GB. 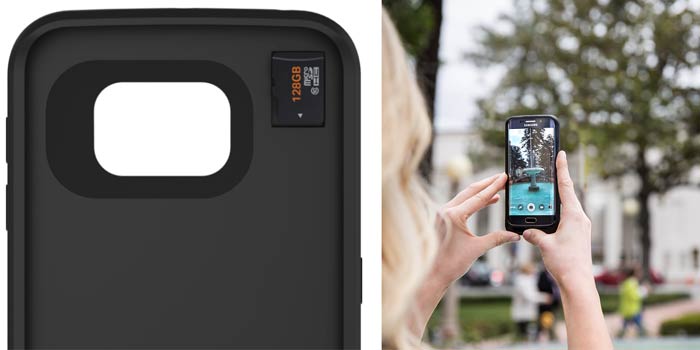 The Incipio Offgrid case has a thin profile of just 9mm which does not spoil the looks of the two devices by a large margin. Equipped with a soft-touch matte finish, it comes with a switch that lets you choose to either have it charge your Galaxy S6 or use the additional storage from a microSD card.

This new case possesses a 3700mAh battery inside its slim body which is more than enough to double the usage of your phone. It supports the important functions of the two Samsung devices including their fast charging attributes, NFC, fingerprint scanning and more. However, it does not grab support for wireless charging. 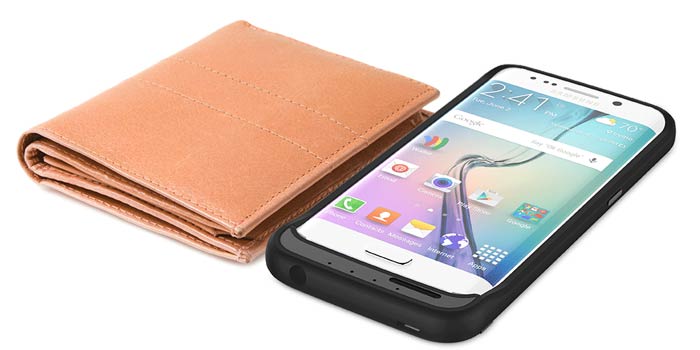 You’ll need to spend $89.99 if you’re interested in pairing up your Samsung Galaxy S6 or S6 Edge smartphones with the new Incipio Offgrid case.