Here’s the first look at the LG G3, rear volume keys live on

We’ve been seeing a lot of leaks revolving the LG G3 smartphone and its Japanese variant, but we haven’t seen the former device in the flesh as yet. Well, that’s no longer the case as an image of what’s said to be the rear panel of the conglomerate’s upcoming flagship has made it online.

The guys over at GSM Arena have managed to get their hands on the leaked image (embedded below). And while the picture isn’t clear, we did get quite a lot out of it. As expected, LG has retained its rear-mounted button approach, albeit there are a few modifications to the design. Above the volume rockers sits a camera with an LED flash on the right and an unknown sensor on the left. There’s no information on what that module is and we may be looking at a heart rate monitor or an IR blaster to compete with Samsung’s flagship S5. 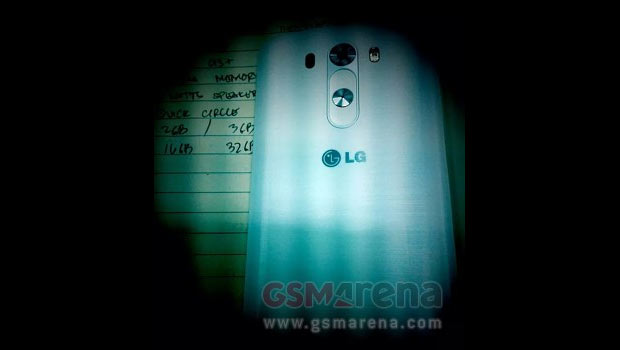 Along with the LG G3 smartphone, the leaked image also shows some text on the side that could be the hardware specs of the handset. From what can be made out, the upcoming flagship could come in two variants carrying 2GB or 3GB of RAM and 16GB or 32GB of storage. Also, the rear came will sport OIS+. The LG G3 has showed up multiple times already and we’ve got possible specifications. 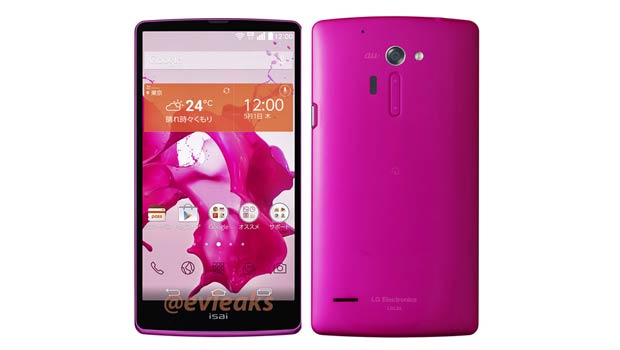 The LG G3 is expected to go official in June, while its Japanese version (pictured above) will arrive sometime next month. The company is also working on the G3 mini smartphone.