LG is yet to announce the existence of the Optimus L9 II in the refreshed L Series and we’ve been anticipating its arrival for many months now. The latest range currently features a new L5, L3 and L7 as well as a couple of fresh members such as the L4 II and L1 II. While there have been various reports that have claimed the device’s existence in the past, we’ve now got something more concrete to show you.

The LG Optimus L9 II will be a substantial upgrade from its predecessor. The device will sport a 1.2GHz Snapdragon S4 dual core processor with Adreno 305 graphics, a 4.7-inch 720p (supposedly True HD) IPS touchscreen, 1GB of RAM, 8GB of memory, a microSD card slot and a 2150mAh battery. There will also be dual cameras, a 1.3MP front-facing lens and an 8MP rear-facing snapper with a BSI sensor. A post on TheUnlockr notes that the smartphone will arrive with Android Jelly Bean 4.1.2 which is quite a disappointment. As always, you can expect LG to throw in its exclusive enhancements such as Cheese Shutter, Qslide, QTranslator and QuickMemo amongst others. 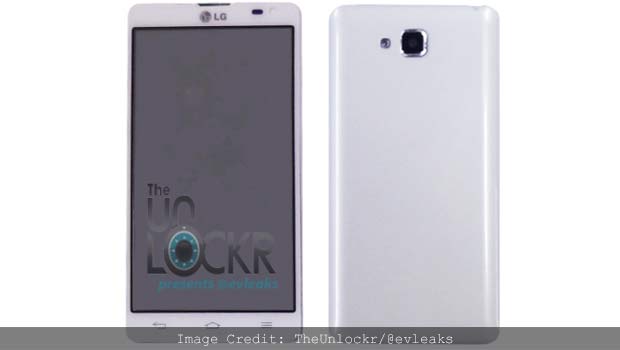 Visible in the image above, the LG Optimus L9 II will flaunt a stylish appearance which has been a norm for every L Series handset. The company normally offers phones in the series in 2 variants, single and dual SIM. The former options normally come with a physical home button that’s surrounded by ‘smart’ LED lighting, while the latter flaunts the usual touch-based key, as seen above.

If what the report suggests is to be believed, the LG Optimus L9 II will go official before August ends and that’s just a week away.

Facebook
Twitter
Pinterest
Linkedin
ReddIt
Tumblr
Flip
Previous articleXolo Q1000S elbows into market already crowded with Canvas 4, Titanium S9 and others
Next articleWould you pay $50 to wood up your Moto X? Would you buy its Developer Edition?