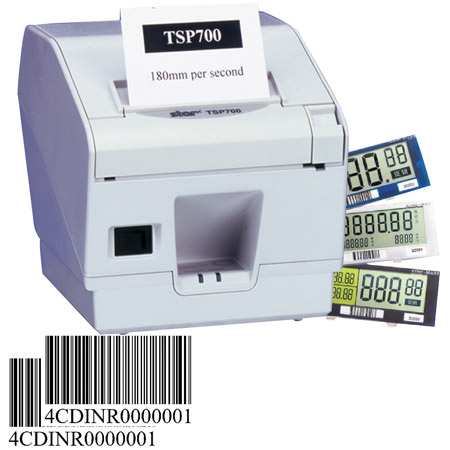 Whilst speaking about the new product, Rajendra Kumar, Executive Vice President, HCL Infosystems stated, “With the increasing adoption of IT in the towns and villages of India, language applications have increasingly become the order of the day. With this new HCL printer, we have again delivered on our commitment to meet the requirements of our customers. The new HCL Star-TSP700 is designed to ensure that we leverage the language opportunity growing in the country. We also expect to add to our market share in the POS printer segment as HCL is the only POS printer manufacturer that offers a single station printer capable of printing barcodes, labels, tickets and receipts with built-in Unicode support. ”

As mentioned above, the new HCL STAR – TSP700 printers with Unicode standard, have the ability to print on media up to 150 GSM at 180 mm/second.

For printing receipts, the TSP700 printers can generate high quality mono or two color receipts at 180 mm/second or the equivalent of a meter of receipts in just 5.5 seconds.

Labels too can be printed at 180 mm/second.

And finally, 2 dimensional barcodes can also be printed with the Star TSP700 printer.

Though the exact price is not mentioned in the press release, what’s known is that the latest HCL Star– TSP700 multilingual POS printer, which is exclusively designed for rural India, are available right away across the country via HCL’s widespread distribution and retail network.