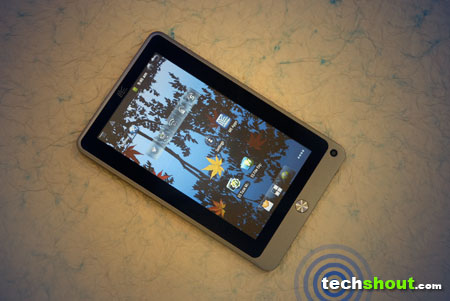 The HCL ME Tablet X1 we’re about to put through a review appears to be a noteworthy contender that could stand out amongst the many budget-friendly slates in India. The direct competition includes a number of gadgets like the Reliance 3G Tab, Beetle Magiq 3G and Spice MiTab that fall within the same price segment and also share similar features. So we’re more than anxious to find out whether this slab of Gingerbread meets up to our expectations. 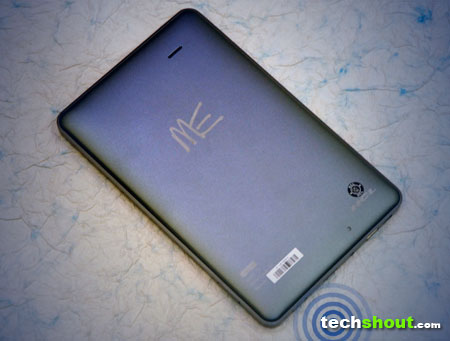 We received the tablet concealed within a neat package that’s clearly designed with a motive to sell. Most details regarding the device are imprinted on the box itself. In addition to the 7-inch slate, we extracted a couple of quick start guides and various booklets holding warranty information and other such content. There were a few promotional brochures that comprised of discount coupons to online stores and freebies from different services. The remaining content included a set of earphones, a mini USB cable, a mini to full sized USB converter, a charger and a trendy pouch for storing the gadget. To get an upper hand against the competition, HCL has also equipped the device with a number of pre-loaded apps and tools amounting to 35 in all.

Budget-friendly or not, if manufacturers want their devices to sell out in a jiffy, an alluring design is needed, something HCL hasn’t taken much into consideration. Frankly speaking, there’s nothing modern about the gadget’s design. In fact, the HCL ME Tablet X1 highly resembles some old handhelds like PDAs. A straightforward rectangular cutout, built around dimensions of 12.2mm x 192.5mm x 121.35mm with well curved edges, basically makes up the entire form factor. The rear is slightly curved towards the edges which fold into the front panel, giving it somewhat of a detachable look. The 800 x 480p 7-inch capacitive multi-touch screen resting on the front’s surrounded by a black bezel which is further accented by the rest of the dark-silver colored surface.

Moving on to components, the back key is located just below the display along with a 2MP camera that fills in the role of capturing self portraits and commencing video calls. The position of the snapper seems to be a bit awkward. Normally, manufacturers embed the lens in a location where it can easily focus on objects without any obstructions and the bezel portion above the screen is usually preferred. But having the camera positioned on the lower right corner isn’t really a bright idea. The bottom panel is equipped with a mini USB port, a mini-HDMI socket, a 3.5mm headphone jack, a microSD slot, a power button and a DC input for charging. The rear and right panels sport the loudspeaker and menu as well as home/volume buttons, respectively. A total weight of around 391.5 grams is the final outcome. 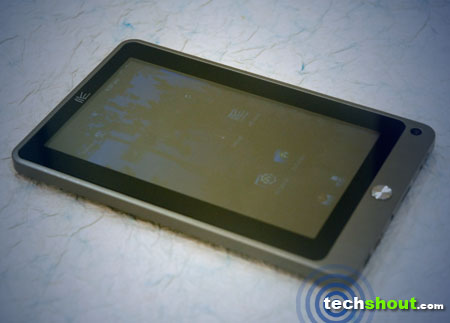 Specifications-wise, there surely isn’t much you could ask from a cost-effective slate. However, HCL seems to have done a pretty good job with the provision of hardware components and features. We really wouldn’t demand more than what the specifications sheet offers. Starting off with performance, the HCL ME Tablet X1 is bundled with a Cortex A8 processor that’s clocked at a frequency of 1GHz and 512MB of DDR2 RAM, which are quite adequate for multitasking and running applications. As we’ve previously pointed out, Gingerbread runs the show here. But if you were to ask us, the Android 2.3 OS doesn’t portray itself that well on a slate with a relatively large screen. To weigh it all down, the company hasn’t made any official announcements about future updates as yet. Well, who’d want to stay on Gingerbread forever, considering that the Ice Cream Sandwich platform presents itself as a tastier treat? But there’s still hope, right HCL? 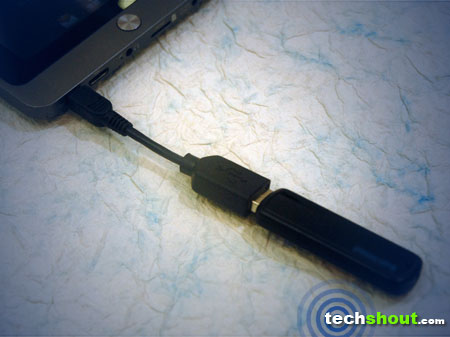 Unlike its competitors, the tablet isn’t 3G-ready straight out of the box and the lack of a GPS module could have a negative impression on a few potential users. It does come with support for external 3G/CDMA USB dongles including Tata Photon Plus though. Wi-Fi 802.11 b/g connectivity is the only option left to conveniently go online without any sort of hassle. In addition to this, the mini USB port can also be used to hook up an external flash drive through the converter cable that’s included with the device. Powering the aforementioned components is a 3.7v 3,500mAh Li-polymer battery hidden within its casing. 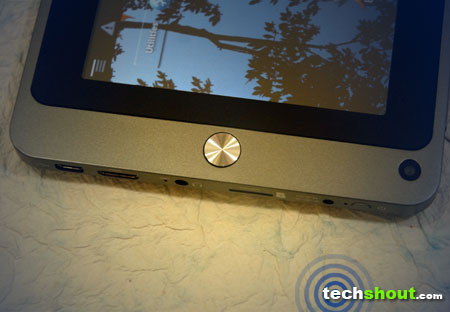 Out of the 4GB built-in storage, around 2.5GB is accessible for hoarding content. An added 32GB can also be slapped on through the microSD card slot in case of extra needs. From the camera app to the gallery and music player, everything is pretty much basic and lacks a few essential options. However, a number of pre-loaded tools like FriendCaster, Fring, ME Apps, Songbind and Meridian fill up those gaps to an extent. To wrap it up, we managed to derive a battery life of approximately 4.5 hours after browsing the web over Wi-Fi, playing a few games including Angry Birds, and watching videos both online as well as from the memory card.

The HCL ME Tablet X1 works just fine when no live wallpaper or heavy processes are running in the background.

The mini-HDMI port gives it the added advantage in terms of entertainment; whilst support for USB storage drives via the converter cable lets you easily access content from external sources besides the microSD card.

To make up for missing features and options, HCL has made available certain alternatives like the built-in ME Apps store in place of the Android Market and a bunch of entertainment tools to cover for a better experience over the stock applications.

The lack of Android Market access left us somewhat lost and dependent on third party sources. The pre-built ME Apps store has a limited catalog of options.

The display isn’t much responsive and playing fully touch-dependent games is a bit hard.

There seems to be a problem with the sensors as the very moment we exited from an application or even unlocked the device, the screen orientation got really messed up and never aligned according to the position the tablet was held in.

For a price of around Rs. 10,990, the HCL ME Tablet X1 wraps in a decent number of features and offerings. The bottom line here is, it would make a neat pick for users with casual requirements or for those laying hands on their first handled of this sort. A rating of 7.5 on 10 is the best we could give it after taking into account our entire experience with this gadget.