Haswell-equipped MacBook Pro to toddle into markets in September

Even though there hasn’t been an official announcement regarding the arrival of the Haswell-equipped MacBook Pro, a report has surfaced on the web which says interested users can expect it to hit retail stores in September itself. The grapevine is abuzz with speculation suggesting that the device is already in production and will be unveiled with the next generation iPhone on September 10.

A supply chain monitor from Hong Kong, ESMOne got wind of Apple’s plans concerning its refreshed MacBook Pro which will employ a chipset based on the Haswell architecture. Its components are already being shipped from Taiwan to plants where the laptops will be assembled. This report by the aforementioned source was spotted by the guys over at Apple Insider. Another tidbit that has come to light is that the laptop will be integrated with a powerful graphics processor as well. The tech giant has chosen the Intel Iris Pro 5200 GPU to accompany the fourth-generation Intel CPUs in the new edition of its notebooks to enhance the visual experience for potential buyers. 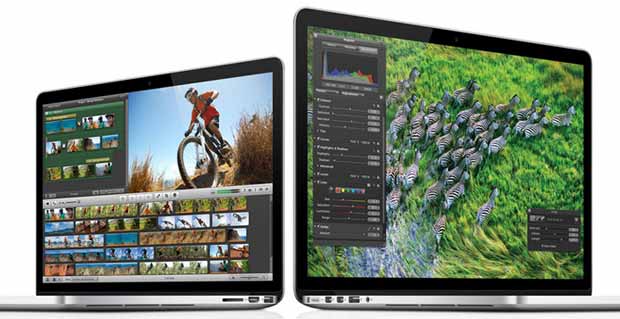 But as you may already know, this will not be the first Apple laptop to make the most of this processor, the MacBook Air that was introduced back at the WWDC 2013 employs Haswell too. Apart from delivering an improved performance, the new component is also said to be capable of cutting down on battery consumption, thus keeping the gadget powered up for a long time.

So far, this is all that we have managed to unearth about the Haswell-based MacBook Pro. But we won’t have to wait for very long to know more about the notebook as it is expected to be unveiled in early September. Let’s see what Apple has in store for us, this time around.