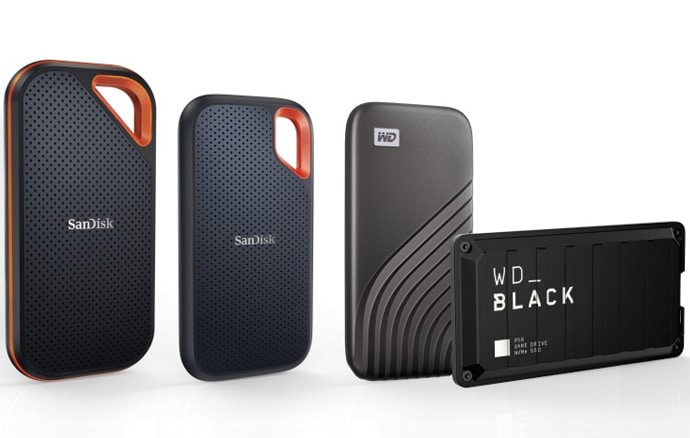 Storage solutions major Western Digital has announced a 4TB version of four of its consumer external SSDs at CES 2021.

The 4TB storage configuration will be available under Western Digital’s My Passport and WD_Black black brands, along with its subsidiary SanDisk’s Extreme series.

The four drives now offer gamers, content creators, enthusiasts and creative professionals the performance, durability and greater capacity they need to capture, move and save their files.

“Our consumer brand products are used by millions of professionals and consumers around the world, and we continue to drive technology forward to deliver the performance, reliability and leading products they demand,” Jim Welsh, senior vice president and general manager of Consumer Solutions Products, Western Digital, said in a statement.

Until now, flash-memory based SSDs, which are significantly smaller and feature much faster data transfer rates — and much higher price tags — than standard external hard drives, have maxed out at 2TB.

Western Digital’s Black P50 Game Drive SSD 4TB configuration will retail for $750 and include read and write transfer speeds of up to 2000MB/s.

The SanDisk Extreme’s 4TB configuration will cost $700 and promises transfer speeds of up to 1050MB/s read and 1000MB/s write.