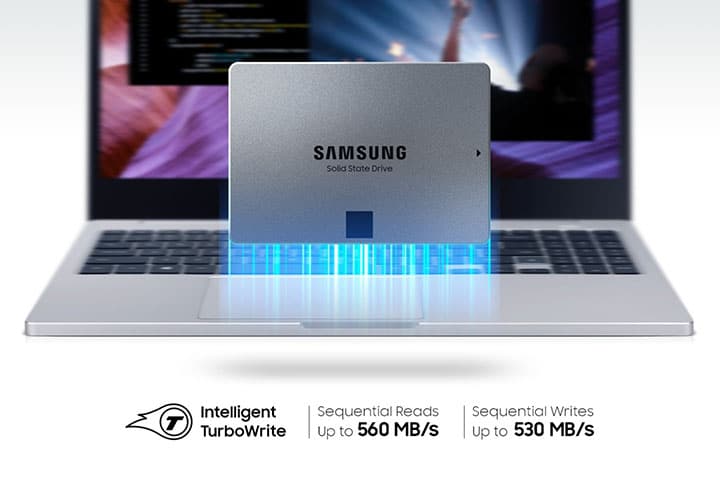 Samsung on Friday launched a new range of storage devices including Portable Solid-State Drive (SSD) T7 and the internal 870 QVO SSD with up to 8TB capacity in India.

The Samsung Portable SSD T7 is now available while the internal SSD 870 QVO will be available from July 20.

Portable SSD T7 can reach maximum read and write speed of 1,050MB per second and 1,000MB per second, respectively, nearly twice as fast as its predecessor.

It comes with a promise of durability and shock resistance technology which has an AES 256-bit hardware encryption for better security, said the company.

The internal 870 QVO SSD can reach maximum read and write speeds of up to 560 MB/s and 530 MB/s, respectively.

Compared to its predecessor, the 870 QVO provides 13 percent improved random read speed which enhances daily computing experience like gaming, web browsing, and so on, said Samsung.