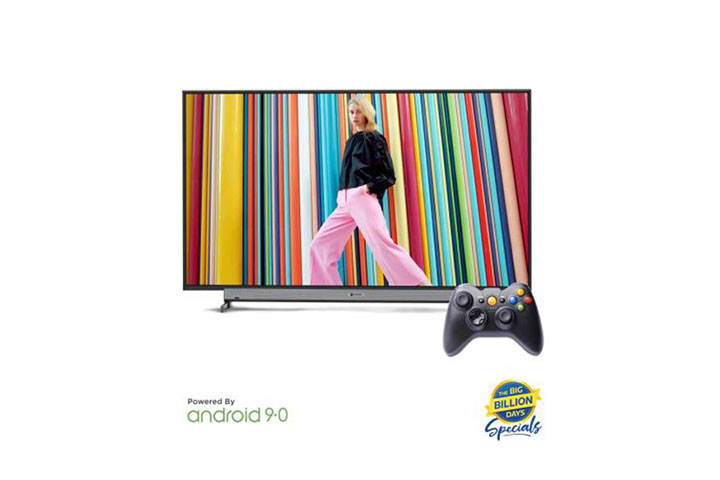 Following the footsteps of Chinese smartphone maker Xiaomi, Lenovo-owned Motorola has ventured into the consumer durables space with the launch of a smart TV for the first time in India on Monday.

Motorola also announced the Moto e6s smartphone at an affordable price point of Rs 7,999 on the same day.

Xiaomi is already a leading player in the Indian smart TV market and smartphone maker OnePlus is also set to announce a TV this month to take on Xiaomi’s Mi TVs.

Launched in partnership with Flipkart, the Motorola Android 9.0 smart TV will be available in seven variants in HD ready, Full HD, and Ultra HD (4K) starting at Rs 13,999 from September 29, the company said.

“We are excited to be entering a completely new category, i.e., smart televisions, in partnership with India’s largest e-commerce giant, Flipkart. This strategic partnership has been in existence for our smartphones and now we have taken it to another level,” said Prashanth Mani, Country Head and Managing Director, Motorola Mobility.

“The Motorola Android TVs, just like our smartphones, are crafted to perfection keeping today’s consumers’ needs and expectations in mind,” he said.

The 4K range of Motorola Smart TVs are powered by Dolby vision with HDR10, in addition to an IPS panel.

Packed with a 3000 mAh removable battery, Moto e6s comes with a rear-mounted fingerprint sensor and a dedicated microSD card slot that creates room for an additional 512GB of storage.

Moto e6s will be available on Flipkart from September 23, the company said.