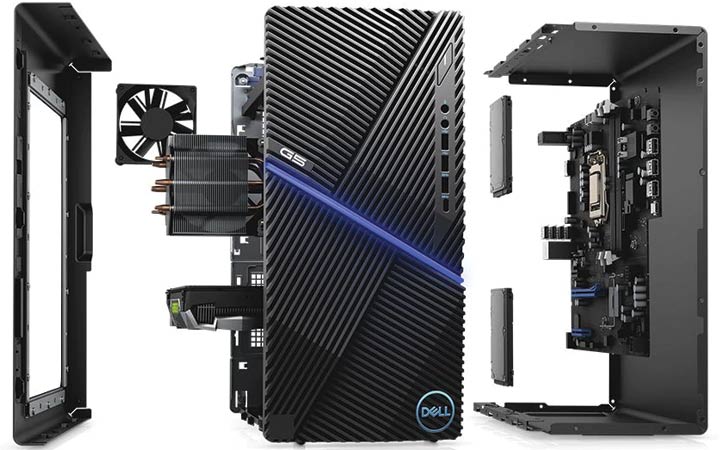 Dell Technologies unveiled a new gaming desktop – Dell G5 – in India for Rs 67,590 on Tuesday. The desktop can be purchased from the company’s exclusive stores, select multi-brand outlets and its official website.

“We wanted to close the year on a high note with these gaming desktops. With the new Dell G5, entry-level gamers have an easy choice to make, without compromising on performance.”

“Whether you are new to PC gaming or entering the professional leagues, Dell has it all,” Anand Subramanya, Director, Product Marketing, Consumer and Small Business, Dell Technologies, India, said in a statement.

According to the company, Dell G5 is the first gaming desktop in the G series, engineered for uninterrupted gameplay.

It can support up to 9th Gen Intel Core i9 processors and i9 K-Series CPUs and VR-capable NVIDIA GeForce GTX, and RTX graphic cards provide amazing performance, high-fidelity gaming experience and split-second responsiveness.

You may also like: 8 New Acer Predator Gaming Laptops Launched In India

The desktop comes with Killer Gigabit Ethernet+Killer Wireless technology, which is designed to give online gaming limitless speed and seamless connectivity. CPU, GPU, memory and hard drives can be easily accessed for upgrading by just removing two thumbscrews.

Qualcomm Snapdragon 865 Plus 5G Chip Heading for Asus and Lenovo...