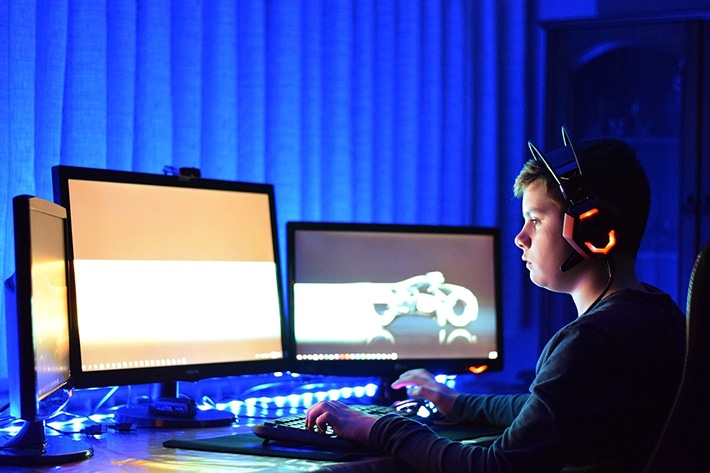 PC gaming goes as far back as the computer becoming a mass-market gadget. Despite the solid position of arcade gaming, console gaming and now smartphone gaming, PC gaming has retained its place due to its versatility and the general multi-purpose role of a computer.

Most homes have or will want to have a home computer so extending its purpose to include gaming feels like a logical progression. That being said, not just any computer can be a suitable and modern gaming rig. Here are some useful tips on creating a gaming PC.

Gaming is an incredibly diverse industry. It ranges from simple low-resource games like Pac-man to the far more complex ones like Resident Evil. Before you build a rig, you have to first define the type of games you want to play and what are the minimum requirements you need to have an enjoyable experience.

Of course, you have to look at your needs in the context of your budget. Fortunately, you can optimize PC gaming performance without necessarily splurging on the shiniest and most expensive hardware in the market. It’s a bit like applying Kanban techniques to your decisions.

Of all the things you’ll look at, the motherboard is perhaps the most important. It determines how much you can upgrade your gaming computer in future if your needs ever change. Check the motherboard’s socket type as this controls which microprocessor or CPU you can use. An obsolete or outdated socket type can make it impossible to upgrade your CPU.

Speed requirements determine what CPU would be best for you. That said, most people who are new to PC gaming assume a CPU is more important in driving gaming performance than it truly is. Still, you want to choose a CPU that works for you.

A CPU will have 2, 4 or 6 cores. Cores help with workload distribution. All other factors constant, the higher the number of cores, the faster the CPU. Just as important is the number of gigahertz (GHz) which is essentially the commands the CPU can act on per second. Faster processor speed comes at a price though in terms of heat generation and electricity consumption.

As a rule of thumb, make sure the cost of the CPU (if purchased separately) is no more than 25 percent of the overall cost of your rig.

Random Access Memory (RAM) is more important to gaming performance than the CPU. RAM is where the CPU reads instructions for execution. The more RAM you have, the more capacity to get instructions to the processor fast. The motherboard you choose will determine the RAM you can install. A gaming rig needs 8GB of RAM at the least though 16GB is recommended.

You can add more RAM (if there’s space to do so) or overclock the existing RAM to get high-to-extreme performance. However, anything above 64GB is wasteful and won’t be utilized as much as it should. It’s better to overclock.

The GPU exceeds both RAM and the CPU in determining how well games will run on your rig. Like a CPU, a GPU’s performance is contingent on GBs and GHz. Games are growing in complexity and detail. Some of the most advanced have elaborate realms and entire cities. GPUs are designed to ensure a game can run at the highest possible settings and resolution.

30-40 frames per second (fps) is pretty decent but you want to be in the 60fps range if you want to seamlessly play the most graphics-heavy games.

Displays are available in a wide range with Ultrawide, UHD and HD being the most popular. Ideally, you should buy your GPU and Monitor together since a GPU may not be able to support all monitor resolutions.

If you go for a high-performance GPU, then purchasing a UHD monitor will really do good for the quality of your gameplay. Nevertheless, some mid-range GPUs can provide a memorable experience on HD displays.

This covers the basics but there are other things you should look at such as storage, power supply unit (PSU), cooling systems, chassis, lights and input. To keep your costs low, you can buy hardware that’s a generation older than the current one. There won’t be that big a gap in performance between it and the latest equipment.