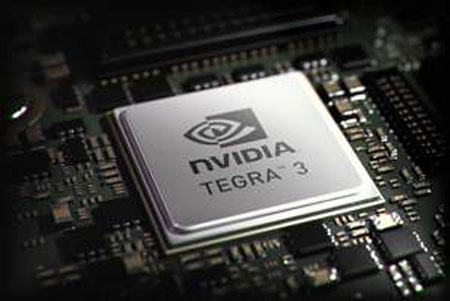 Previously known as project Kal-El, the quad core Nvidia Tegra 3 processor has finally hit the spotlight. The new SOC will bring in higher performance for Adobe Flash technology, WebGL browsing, HTML5, gaming and multimedia apps like photo and video editing and as well as a reduced power consumption.

Built based on the quad core ARM Cortex A9 chip, the processor comes with the new Variable Symmetric Multiprocessing (vSMP) technology that brings in a fifth CPU that operates at a lower frequency. The reduction in clock speeds consumes lesser power and thereafter saves on battery life. It also includes 12 Nvidia GPU cores for rendering higher graphics and performance up to 3 times faster than the Tegra 2. 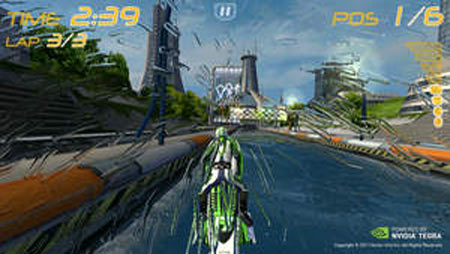 What’s more, the company claims that it provides 12 hours of activity life whilst viewing HD videos and better multitasking capabilities for conveniently switching between music, games and background tasks. The processor holds new video engines that come with support for 1080p video playback at 40Mbps. At present, around 15 Tegra 3-optimized games are in the works and by the end of 2011, a total of 40 titles are expected to be available.

The quad core Nvidia Tegra 3 processor is currently in the production stage. The development kit for the new chip can be ordered from the company’s developer site.