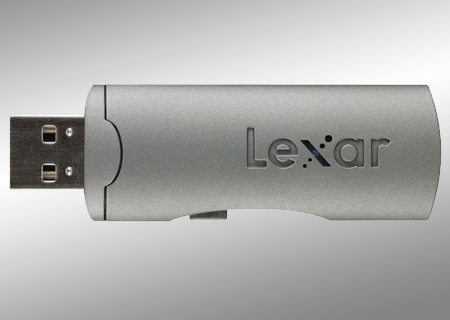 Users who have been flustering their legs for an efficient yet portable storage solution may take time out. Lexar Media has just expanded its Echo lineup of portable backup solutions by adding the new 128GB Echo SE flash-based backup drive.

The flash-based drive protects valuable data stored on netbook and notebook computers by taking a backup of essential files. The highly portable drive can be carried around and slipped it into a pocket or a bag. It is capable of performing automatic backup of files when it is plugged in the computer. The SE proffers read and write speeds of up to 28MB/s and up to 10MB/s, respectively.

“When it comes to backup solutions, a higher capacity means larger amounts of data can be easily and conveniently protected against loss. We are pleased to announce the addition of the 128GB drive to the Echo SE line. With its automatic, customizable software capabilities, consumers living a mobile lifestyle can now back up a large number of files on a single drive,” remarked Jyh Chau, senior product marketing manager, Lexar Media.

Built-in backup software developed by Dmailer has been included in the Lexar Echo SE. This software renders targeted file backup for specified files plus file versioning that takes backup of history of files and allows the recovery of preceding versions if needed. Interestingly, users can create multiple backup plans for several computers on one drive with the help of this software. If the drive is lost, protection of the data stored on it is guaranteed with the software’s optional 128-bit AES encryption.

Along with Echo SE, the Echo product line also offers modest Echo ZE, which is said to be one of the smallest USB drives in the world measuring 20.1mm x 15.1mm. This drive is available in densities of 8GB, 16GB, and 32GB.