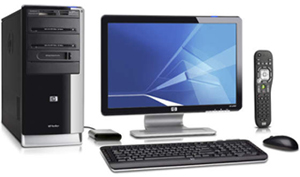 HP has introduced a new line of consumer PCs as part of its “the Computer is Personal Again” campaign. The new HP PC lineup has an elegant, piano-black finish with a refined silver trim and subtle, blue LED light accents.

Some new features that have been incorporated into HP’s new PC line include a power button that is positioned on the top of the chassis for easy reach; a built-in bay for removable digital storage and a more easily accessible media card reader which is meant to simplify enjoyment of digital music, videos and images. What’s more, the entire HP PC lineup can be customized with features such as a 15-in-1 card reader, DVD burner and an optional HP Pocket Media Drive Storage bay.

Listed below are the newly designed HP consumer desktop PCs: 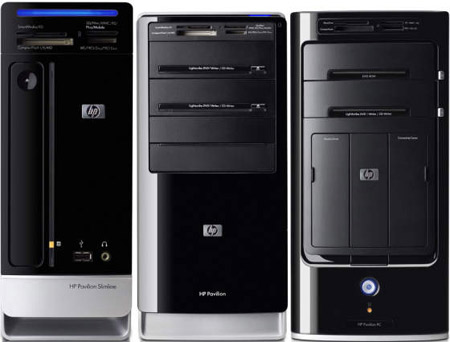 Additionally, HP has also added HP Easy Clip, which is a separate line of accessories for its monitors. These accessories include a specially designed photo holder, flower vase, document holder or web cam holder.

The newly introduced HP desktop PCs have prices starting at $299 to $489. The new HP monitors start at prices as low as $169.