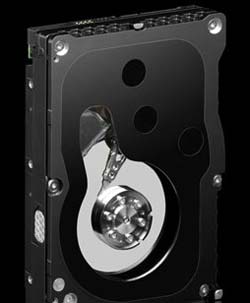 The longtime leader in the hard drive industry said that it developed the WD Raptor X to not only perform at the highest levels like its forerunners, but also display a completely progressive style for PC and Mac owners who modify or enhance their computing systems, prosper on high-performance gaming or otherwise demand the most extreme components available.

WD Raptor X, which incorporates a number of new materials in its structure, features a large clear lens embedded in the top through which the read and write action of the drive’s head and disk assembly can be viewed while the drive delivers data, audio and video content and games to PC and Mac performance enthusiasts in just milliseconds.

Sharad Srivastava, Director Sales (India and South Asia), Western Digital, said, “Over the last year or so, India’s gaming community has grown tremendously. Therefore, we wanted to provide this unique breed of users with a storage solution that is not only provided them with maximum performance but plenty of flair as well. Maintaining these high WD standards while designing the ground-breaking, one-of-a-kind clear lens design represents a technological accomplishment that we are excited about delivering to these passionate PC enthusiasts.”

WD Raptor X 150 GB (model WD1500AHFD) hard drive is slated to sell at an estimated retail price of Rs. 15,000/-. The drive will be available in the country through WD’s key India distributors including value distributors such as Ingram Micro and eSys as well as volume distributors such as Champion Computers, Inspan Infotech, Lalani Infotech and Venktron Digital Systems.