The integration of Hangouts with Google Voice has been on the cards for a pretty long time and the day has finally arrived for Mountain View to take the much awaited step. The coming together of both services means users of Hangouts will be able to place free VoIP calls from their Android and iOS devices as well as the web.

Google has disclosed through an official blog post that a fresh version of Hangouts is currently in the midst of a rollout, and it will allow you to call other users for free as long as their numbers are from the US or Canada. The company has also emphasized on the fact that its rates for international calling are ‘really low.’ 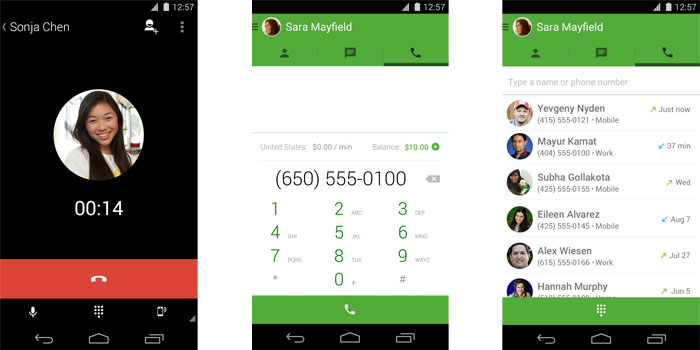 Although iOS and web users will get the feature the next time they open the respective Hangouts applications, Android device users will need to download a separate dialer app if they want to make the most of the new additions. This software is simply called the Hangouts Dialer, and is downloadable now through the Play store.

Hints of this integration of the two Google services were received recently by Android Police, which had observed several references of it in a previous version of the Voice application. The newly released Hangouts might have all those new features, but what’s also interesting is that it comes with a complete visual redesign as well. Adhering to the Material Design standards of the upcoming Android L release, it gains much flatter icons and swift animations.

While the Hangouts app will get updated as soon as it’s available in your country, you can head over here to download its newly released dialer app.