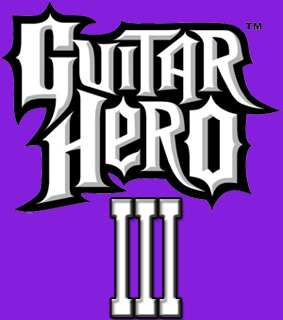 Activision has announced new details of the next volume in its well-received Guitar Hero franchise. This new Guitar Hero game will be the third installment and is slated to debut this fall for multiple platforms including the PlayStation 2, PlayStation 3, Xbox 360 and the Nintendo Wii consoles. A while ago, we reported that Activision kind of confirmed a third installment of the game. But now it’s for real.

The new Guitar Hero game will include a number of new features. It has also been confirmed that a Gibson branded wireless guitar controller for each platform will be available for use with this game.

The third volume in the Guitar Hero franchise will also take players into authentic rock venues. This game will also include multiple online multiplayer game modes. However, it yet remains unclear whether each version will support online play.

Activision also confirmed that the new Guitar Hero title will support downloadable content on multiple platforms. This could possibly be in the form of new music tracks or even venues.

Publisher Activision has also mentioned that “strategic partnerships have been secured with all the major and independent music record labels and publishers to allow access to their deep archives of music catalogs so as to supply artists’ original recordings to retain a sense of greater authenticity.”

Here is the initial list of songs confirmed for the forthcoming Guitar Hero game:

This bit of news was confirmed by RedOctane founder and president Kai Huang way in April 2007. In this announcement he did confirm that the new Guitar Hero would include online capabilities. He also mentioned that a Guitar Hero version would soon hot the Nintendo DS.

And for those who want to know what Harmonix is up to now that it has quit working on the Guitar Hero franchise, well the developer is working on a multi-instrument music game called Rock Band which is pretty much on the same lines as Guitar Hero.

Coming to the wireless guitar controllers, Activision has officially confirmed that the new Guitar Hero will indeed get its own Gibson branded peripheral on each platform.

A wireless Guitar controller based on Gibson Guitar’s Les Paul model will be released for the Xbox 360, PlayStation 3, and Wii versions. The PlayStation 2 will have the Gibson classic Kramer guitar.

What’s more, each Gibson branded wireless guitar controller will include removable faceplates, as well as a new button color design.

Dusty Welsh, head of publishing at RedOctane commented on this announcement saying, “The development team at Neversoft has been exceptional, and we’ve been able to incorporate a host of fresh new online and multi-player game play modes, along with exciting content into this version of Guitar Hero that our fans have been asking for.
Also, many of the top bands and songs we’ve tried to get in the past are now on board, and we’ve definitely got some giant aces in the hole to say the least.”