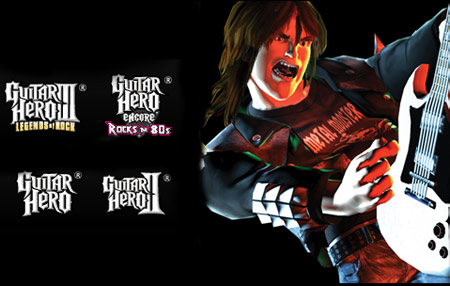 Ever since Guitar Hero was released in 2005 for the PS2, it has literally become a household name. More than that, it has become one of the most highly rated party games.

In fact, figures from the NPD group indicate that from the time of the launch of the original Guitar Hero, the franchise has sold over 14 million units in the North of America alone.

“Guitar Hero is one of the biggest brands and one of the most powerful distribution platforms in all of entertainment today. Guitar Hero’s popularity with broad audiences is a confirmation that video games have become a true mass medium,” said Michael Griffith, president and CEO, Activision Publishing.

Recently we had also reported about the launch of Guitar Hero III: Legends of Rock. Activision had jubilantly announced that gamers have already downloaded over 5 million sounds in just 10 weeks within the games release.

Activision is certainly doing very well for itself. Just a few days ago, we had reported that Activision was named as the Top US console and handheld publisher for 2007, according to the NPD Group.