GTA V makes $800 million on day one, and it’s just getting started

The incredible game that GTA V is has been corroborated by the rave reviews it’s getting from major publications and gamers alike. Since it’s a Rockstar game at the end of the day, this was pretty much expected off it, and so was the fact that it will break many a sales record. So we weren’t much surprised when Take-Two Interactive announced that the newest Grand Theft Auto release managed to earn $800 million on the first day of its launch alone.

‘We are incredibly proud of Rockstar Games’ creative achievement,’ said the publisher, while announcing the milestone. These are the highest launch day retail sales for any title from the famed GTA series as well as from Take-Two’s catalog. Furthermore, it has also come to light that GTA V has become UK’s biggest video game launch ever. GfK Chart-Track has revealed through a tweet that the game sold more than 1.57 million units in the UK on September 17, its launch day. And as they say, this is just the start, for the game is expected to enjoy much bigger success as the time passes. 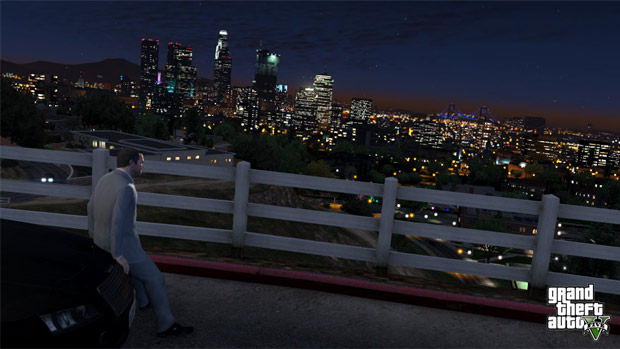 Unlike all the previous games in the series, GTA V features not one but three protagonists. You can play as all three of them, and are able to switch between them swiftly during most parts of the game. It takes place in the fictional city of Los Santos, the scale of which is elucidated by the fact that it’s bigger than the worlds of Red Dead Redemption, GTA San Andreas and GTA IV combined.

If you’ve bought the game for the Xbox 360, Rockstar has advised against installing both its discs in order to achieve optimal performance. It has recommended that you install only the main disc and use the ‘play’ disc for running the game. Eurogamer has done a detailed analysis of the kind of performance issues that you’ll face if you decide against Rockstar’s advice. Also, it has even found out a fix for the issue.

GTA V can be purchased now for the PS3 and Xbox 360. PC fans are still waiting to hear about a Windows version, but Rockstar has been mum on the matter since the start.