GTA IV PC game to be released in November 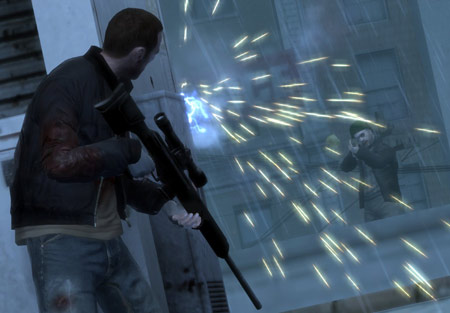 Grand Theft Auto IV game was first released for Xbox 360 and PlayStation 3 gaming console back in April 2008, the game broke all previous records by selling 6 million copies and raking in $500 million in its first seven days of its release. Now Rockstar Games, has announced the PC version of the popular game for North America and UK.

The GTA IV PC game is scheduled to be made available in the UK on November 21st and on November 18th in North America.

Speaking about the GTA IV PC game release, Sam Houser, Founder of Rockstar Games said, “We are very excited to be releasing the PC version of Grand Theft Auto IV.”

“The whole team is dedicated to bringing an amazing gaming experience to the PC. The game looks and plays beautifully on PC and we can’t wait for people to play it,” Houser added.

The latest installment of Grand Theft Auto series features a thoroughly detailed and life-like city for players to explore; a rich, immersive narrative experience; an original game soundtrack highlighting the cultural eclecticism of Liberty City; and new expanded multiplayer just for the PC.

The pricing details of the game are yet to be announced.