Grid, the Superfast Internet is on its Way 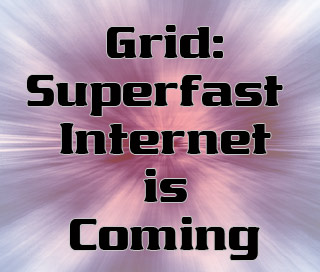 Internet speed is always a topic to be discussed amongst web surfers. The Grid would definitely boost this discussion making people wondering about its speed.

The European Centre for Nuclear Research (CERN) is working on a new superfast Internet infrastructure called Grid. The new technology is expected to be 10,000 times faster than the regular broadband speed.

That means you can download heavy multimedia data such as movies, songs etc within seconds.

“We are extremely excited about our experiment. It is the biggest experiment in the world and we hope we are going to understand all sorts of things like the origin of mass and what is the dark matter in the universe,” said theoretical physicist Professor Malcolm Fairbairn at CERN.

CERN has built Large Hadron Collider (LHC), which is the most powerful particle accelerator ever constructed. It took almost 15 years and $8 billion to construct for CERN. The LHC is located in a 27-km circular tunnel 100 metres below ground level outside Geneva on the Franco-Swiss border.

The project will recreate what happens in nature all the time by sending protons crashing into each other. The main difference is that this time there are powerful detectors set up to monitor what exactly happens.

The whole idea of a superfast internet may soon come true, so that downloading and communication is made easier.