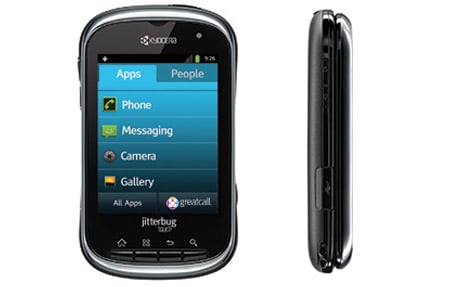 The GreatCall Jitterbug Touch is a rather uncomplicated phone which has been launched with simplified features. A straightforward interface, Android Gingerbread OS, a slide-out QWERTY keyboard and a number of other traits have been added to the whole mix.

Based on the Kyocera Milano, this handset kicks in GreatCall’s signature user interface which offers easy access to important aspects like favorite contacts and apps. The Jitterbug Touch also enables users to view and download featured apps without having to browse through the Google Play store. Applications related to health and medical usage are included in these.

Besides, the phone will come pre-loaded with the company’s 5Star Urgent Response service app which during emergency cases, lets users talk to a Certified Response Agent who’ll determine their location, evaluate the situation and get them the needed help. The MedCoach tool as well as others like CNN, ESPN Score Center, Flixster, OpenTable, Sudoku and Kayak also make their way into the smartphone. 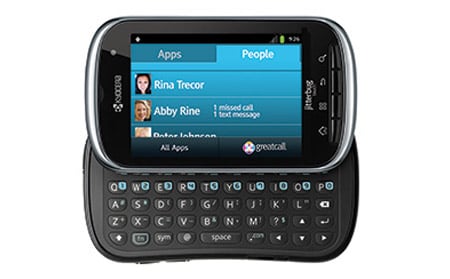 This device sports a 3.2MP main camera offering auto-focus and video recording attributes. A Voice Dialer, an Eco Mode for managing battery consumption and hearing aid compatibility with M4/T4 rating make their way into it as well. With the phone’s 1490mAh Lithium ion battery, it is said to deliver up to 7.65 hours of talktime on a single charge. This 17.1mm thick smartphone carries a 3-inch QVGA TFT LCD screen.

The no-contract price of the GreatCall Jitterbug Touch has been placed by the company at $169, and a number of new and affordable data plans are being offered by it, with one being as low as $2.49 per month.