Rockstar Games recently announced that Grand Theft Auto: Vice City is soon to arrive for the Android and iOS platforms in celebration of the game’s 10th anniversary. Well, there are no precise details on when the title will be launched and all the developers have to say is that it should be available sometime this fall.

The open world game is the successor to the action-adventure GTA III title which was launched back 2001. It takes place in a fictional location that’s closely based on Miami. It follows protagonist Tommy Vercetti who is released from prison, on a quest to be the city’s top criminal mastermind. The mobile version of the game is expected to arrive tagging along the ‘full experience.’ It will feature native high resolution graphics and a host of optimizations that are specific to each platform. 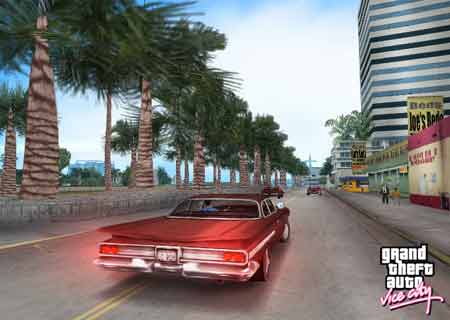 Marking the celebration of the anniversary, the developer is offering old and new goodies. Amongst them are never-before-seen artwork and a fresh anniversary trailer which showcases various scenes and music from the title. Additional collectable items will be available through the Rockstar Games Warehouse, while select content can be acquired through online giveaways. The game’s maker is also providing ‘special deals’ on select GTA mobile titles including Grand Theft Auto III: 10 Year Anniversary Edition and Grand Theft Auto: Chinatown Wars. Both the aforesaid offerings are available for $0.99 through the App Store and Google Play till October 29, 2012.

Price details for the Grand Theft Auto: Vice City 10th anniversary edition haven’t been disclosed as yet and the same applies for an exact release date. A list of compatible devices for both, Android and iOS platforms is expected to surface in the coming weeks along with additional information.