Those who’ve missed out on the classic game or simply want to indulge in yet again can take note of the fact that Grand Theft Auto: San Andreas will be hitting iOS, Android, Amazon Kindle and Windows Mobile devices next month. There’s no word on the price at which it will sell however.

What’s interesting about this news is the fact the developers over at Rockstar Games have provided the version with updated graphics and other enhancements. For one, a better color palette has been used for the mobile edition of Grand Theft Auto: San Andreas, whereas dynamic and detailed shadows as well as greater draw distances also form part of it. 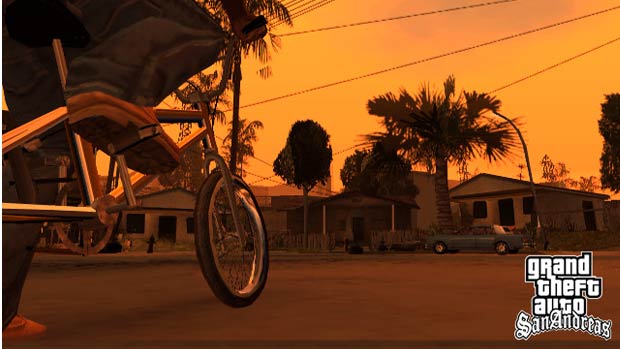 Furthermore, the developers have also blessed the game with enhanced character and car models, with an aim of making it the ‘best-looking version of San Andreas yet.’ Originally released back in 2004, this title takes place in the fictional state of San Andreas which has been modeled around California and Nevada.

Set in 1992, Grand Theft Auto: San Andreas places you in the shoes of Carl ‘CJ’ Johnson, who returns home after a long time only to discover that the gang violence-filled streets have seen a lot of change since he had left. The game was particularly noticeable for its controversial scenarios which are somewhat a trademark of the GTA series.

It presents you with action-adventure gameplay that takes place in a huge open world where you can commit all kinds of crimes if you’re not indulging in its other criminal missions. December will see the debut of Grand Theft Auto: San Andreas on mobile devices, after having been made available for a variety of platforms in the past.