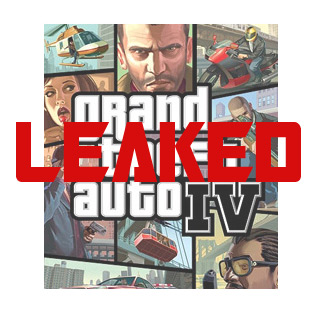 Grand Theft Auto IV is less than a week away from its official launch, however leaked downloadable copies of the game have already been leaked onto the internet.

Reportedly the pirated copy is available for the PAL version of Microsoft’s Xbox 360 console. Seemingly, a group named iCON is distributing the pirated software of the much awaited title. Bootlegged copies of GTA IV are finding their way to torrent sites online.

It’s yet not ascertained whether the 6.32GB download is the complete game. And apart from the PAL version, an NTSC copy of the pirated software could possibly hit the internet soon. Meanwhile, iCON cautions people downloading the game to now play it while connected to Xbox Live until next week.

The title’s user footages have been posted on YouTube and other video-sharing sites. Several clips have been removed by the sites on the basis of copyright complaints by Rockstar’s parent company, Take 2 Games – the game’s publisher.

GTA IV will be officially released on Tuesday, 29th April, 2008, on the Xbox 360 and PS3 platfroms. All the same, 360 users, will be able to download additional episodic content and add-ons in the near future.

GTA IV will be bundled with a 40GB PS3 and SIXAXIS Wireless Controller.