The subsidized Nokia Lumia 1020 from AT&T can be nabbed for $50 cheaper through Amazon than the amount being asked by the carrier. The retailer started offering the smartphone towards the end of last month for $269.99 and it has taken the price down to a more alluring $249.99. What’s worth mentioning is that you’ll have to sign up for the usual 2-year contract.

The Nokia Lumia 1020 is being called the ‘true’ successor to the first PureView smartphone, the 808. It not only boasts of a large 41MP sensor with Carl Zeiss optics, but also enhanced versions of the technologies that were first used in the latter handset. The device is quite similar to its predecessor in specifications, taking the 2GB of RAM and 32GB of storage as exceptions. Also, it comes with the Nokia Pro Camera app which provides photographers with full manual controls for an immersive experience. 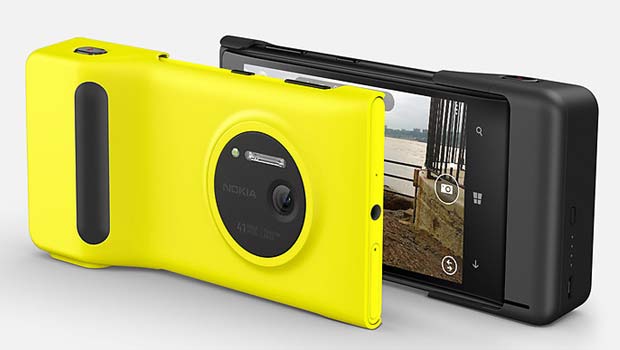 In recent news, the Nokia Lumia 1020 is expected to go on sale in India by the end of this month along with the all-metal Lumia 925 and the large 625 smartphones. The Finnish manufacturer is also reportedly working on a phablet and a Windows tablet, both of which are speculated to go official towards the end of September.

AT&T is currently offering the Nokia Lumia 1020 for $299.99 with a 2-year contract or for $32 per month for 20 months with the Next plan. And if you’ve got the dough to spare, the device can be picked up unlocked for $735.50. Unwired View notes that the smartphone is available through Amazon for $249.99 in white, black and yellow shades.