Grab the iPhone 5S, 5C on discount via Walmart

Major carriers in the US have started accepting pre-orders for the iPhone 5S and 5C, but if you’re looking to save a few bucks on either of the two new smartphones then Walmart is where you should be headed to. The retailer is offering the latest flagship and the cheaper version with discounted price tags.

According to CNET, the company announced that starting today, the iPhone 5S will be available for order at just $189 which is $10 off the original subsidized price, while the 5C can be booked for $79 after a $20 discount. Just so you know, these amounts are for the 16GB models only and the retailer won’t be offering the 32GB or higher versions at reduced rates. Pre-orders for the plastic model have been initiated and are being accepted on ‘first-come, first-served basis,’ notes the report. Additionally, the 5S isn’t up for reservations and it will only be available for purchase on September 20 along with its budget-mended sibling. Also, you’ll need to pick up the device by September 25 latest. 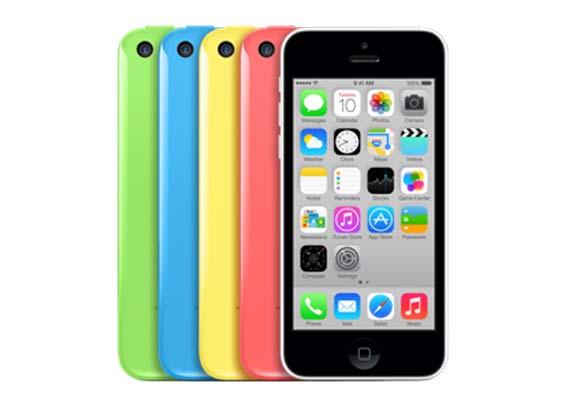 The discounts being offered by Walmart are quite decent, but you could push the savings even further. Starting the 21st of this month, you can trade-in your old smartphone and get an additional discount on the iPhone 5S and 5C. The retailer has even discounted the prices for previous Apple smartphones including the iPhone 5 which is now $79 (16GB), and the 4S that’s available for 97 cents.

Just so you know, picking up the smartphone via Walmart will require you to sign up for a 2-year agreement with Sprint, AT&T or Verizon. The pre-orders for the iPhone 5C can be done via local Walmart stores.