Aakash 4, the newest entry to the low-cost tablet family has been announced, and it should be out in the market within a month and a half, priced at Rs 3,999. Not much is known about this slate at the moment, but we do have a few of its basic specs to give out.

It has been revealed that the Directorate General of Supplies and Disposals (DGSD) has floated tenders for manufacturing the said tablet right now. It is hence unsure as to who will be commissioned to dish out the Aakash 4 this time around. All assignments prior to this were granted to DataWind which had turned its Ubislate range of tablets into the educational tools requested by the government of India. 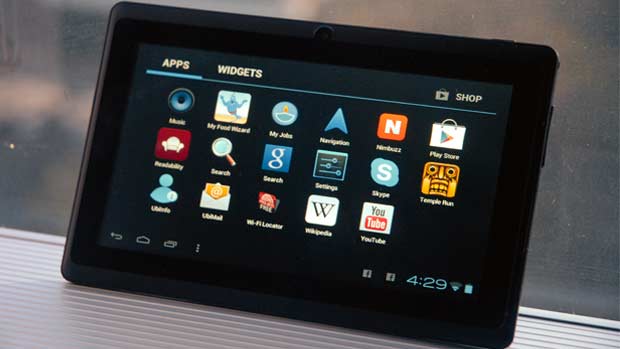 The Aakash 4 will again be a 7-inch tablet bearing a scratch resistant capacitive touchscreen display. It will grab support for Wi-Fi, 2G, 3G and 4G connectivity, apart from 4GB worth of internal storage. Storage expansions up to 32GB will be supported by its microSD card slot, whereas a front camera will also be included among its offerings.

According to BGR India, the country’s minister of communications and information technology, Kapil Sibbal has broken this news about the Aakash 4 tablet to PTI. According to him, it will be made available in one or one and a half months which means you can expect a release around April.

The key appealing factor of the Aakash 4 has to be its price, and this one’s asking amount isn’t disappointing. The government-subsidized device will be made available at just Rs 3,999.